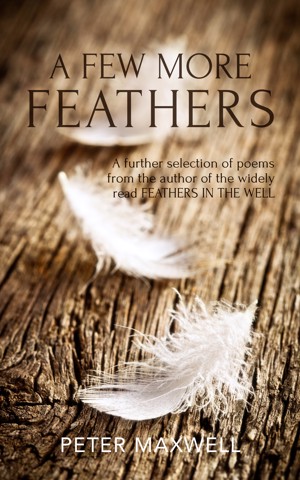 By Peter Maxwell
Rated 5.00/5 based on 1 reviews
A further selection of poems from the author of the widely read, Feathers in the Well.

Someone once said that to write poetry and then to publish with the thought of profit was like dropping a feather down the well and waiting for the splash. Thank you to all those readers of Feathers in the Well who proved this isn’t always so. I hope you will enjoy these few more feathers.

Price: $2.99 USD
Buy Add to Library Give as a Gift
How gifting works
Create Widget
Tags: poetry poems of love poems on life
About Peter Maxwell

Words are like those little polished stones you pocketed as a kid, they speak of the scars you suffered along the way, the loves that strayed and those who stayed. They are the dust on your boots from the long long road. Here’s where my road has led me.

I grew up happily as the fourth generation of my family in The Fiji Islands. I was educated, as a boarder from the age of nine, at Kings School and Kings College in Auckland New Zealand before returning to finish my schooldays at The Suva Grammar School. I lived in London for a while, in a flirtation with the stage. In Australia, I met the girl I would marry but returned to Fiji and to Western Samoa where I also lived for a while. Back in Australia I married Pamela, after she had returned to me from South Africa. We have been married now for over half a century. We have three sons and two grandsons and a granddaughter, in all of whom we take great pride.

After a long career in advertising as copywriter, creative director, principal of two advertising agencies carrying my name and a stint as lecturer on the creative process at Bond University, I have now retired from all that and live happily with Pamela right here on the beach on the shores of Queensland’s Moreton Bay. An Australian citizen since 1983, there is a milestone facing north-east in front of our home, down by the water. It reads “Fiji. 2727kms.” 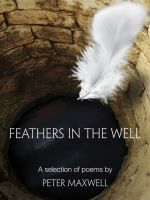 Review
cloudcarrier reviewed on on April 2, 2014

Breathing life into poetry Peter Maxwell brings true soul to his words. There is a sense of trust in the reader with each poems personal tale, giving a sincerity to the work.
You will feel richer for reading this book of poetry.

You have subscribed to alerts for Peter Maxwell.

You have been added to Peter Maxwell's favorite list.

You can also sign-up to receive email notifications whenever Peter Maxwell releases a new book.