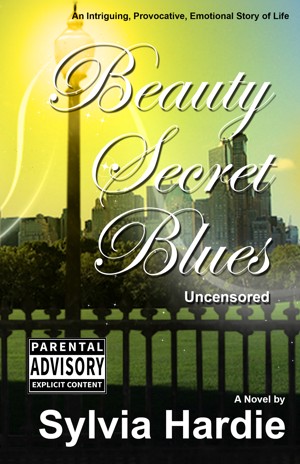 This book takes you through the lives and times of The Hood told in stories from Joyce, Mindy and Annie, who were born in The Hood. Their stories take you into the sex trafficking, murder, scandal and abuse that all who lived there went through every day. Highlighted are their personal struggles, friendships and their loves in the midst of all this hatred. Determination and will take over. More
Mabel Holms, aka Big Mamma is obsessed with power. Her every motivation is to get money and more power. She was determined to never return to the impoverished life she grew up in. When she realized she could use her one asset to control men and get money, they became her weapon, and she waged war.

Barbra (Mammy), Samuel and Rubert go from their own lifetime of abuse and fear into a partnership with Big Mamma. Their creation The Hood, under the guise of the nonprofits, "Loving Holms" for girls and "Boys to Men" for boys, designed to help wayward girls and boys, caused a reign of suffering and terror which last four to five generations.

This book takes you through the lives and times of The Hood told in stories from Joyce, Mindy and Annie, who were born in The Hood. Their stories take you into the sex trafficking, murder, scandal and abuse that all who lived there went through every day. Highlighted are their personal struggles, friendships and their loves in the midst of all this hatred. Determination and will take over freeing most of them, but leaving a ridge of anger and hurt between them all.

Raw, graphic and lyrically strong The debut of "Beauty Secret Blues Uncensored" introduces the reader to the first book in a series of interlocking monologues that journey through all areas of abuse, along with urban dysfunction and despair. It's raw language, graphic content and impacting stories are told through the eyes of children and young adults, who struggle to keep their sanity and find some sense of normalcy, all while seeking to escape the only world they've ever known.

The road that these characters travel on to get to their envisioned proverbial "pot of gold" will both shock and capture the reader's heart(s), while deeply touching your emotions and evoking feelings of sorrow, hate, despair and loathing for many of it's characters.

Sylvia Hardie writes from a spectacular human experience. She was born in Nashville, Tennessee. The daughter of two Airmen stationed in Seattle, Washington, she was exposed to the arts all of her life. Her father was a writer and her mother a musician. As she grew up in Seattle, Washington, she was totally unaware of her own abilities. Yet her mother spent timeless hours molding her to be someone great.

Sylvia had her first child right after high school. The following year she decided to attend cosmetology school, and while training discovered she was pregnant again. Utilizing clear thought, self-determination and sheer will, she completed the training and earned her license as a Cosmetologist. After becoming pregnant for a third time, she decided it was time to regroup.

Focused on creating a change for her family and herself, Sylvia went to work and within 4 years finished school, made and saved all of her resources, opened up her business and birthed 3 children.

She got married and divorced within a 7 year period of physical and verbal abuse that started her transformation. It was after the marriage during her time of healing that she found her voice as a writer and changed her life. She continued her career as a stylist in Seattle for 20 years, and then relocated to Las Vegas, Nevada where she currently resides. She is a prolific writer who uses her creativity to create works of fictions that challenge the status quo and real life experiences to add captivating life to the characters.

In addition to writing, this mother of 3 and grandmother of 3 is a Cosmetology Instructor. She is a motivator to co-workers as well as students. She loves good movies and spending time with the special people in her life. 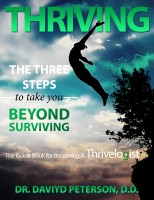 You have subscribed to alerts for Sylvia Hardie.

You have been added to Sylvia Hardie's favorite list.

You can also sign-up to receive email notifications whenever Sylvia Hardie releases a new book.