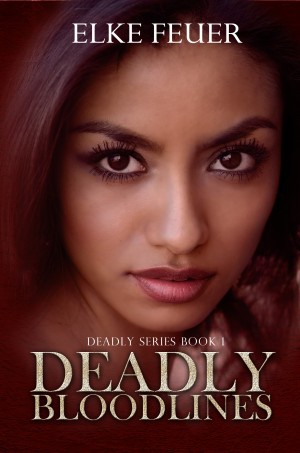 Elke was born and raised on the largest of the three beau­ti­ful Cay­man Islands, Grand Cay­man. She lives there with her hus­band and two won­der­ful kids, one of each, who keep her on her toes.

She's a fiercely loyal friend who loves to meet peo­ple and has a sarcastic/quirky sense of humor not everyone gets.

She stumbled into writing romantic suspense because of her fascination with serial killers, but also writes other genres because characters keep telling her their stories and she's a sucker for a crazy story.

When not writing, she's helping other writers in the Cayman Islands through her company CayWriters.

Visit her website to find out more about her and her upcoming Deadly Series set in Cayman.

You have subscribed to alerts for Elke Feuer.

You have been added to Elke Feuer's favorite list.

You can also sign-up to receive email notifications whenever Elke Feuer releases a new book.