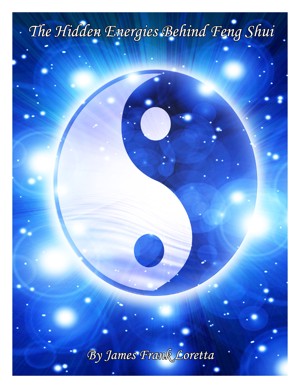 The Hidden Energies Behind Feng Shui

By James Frank Loretta
Rated 5.00/5 based on 1 reviews
Our thoughts interacting with the subatomic particle field is what makes feng shui work. It is shown as an ancient earth science that really can improve our surroundings and health by influencing the energy systems of our bodies and the Earth. White Tiger and Blue Dragon are discussed as well as other secrets understood by our ancestors...a cutting edge book that will intrigue and fascinate you.

James Frank Loretta began both his career in martial arts and his career in public education in 1969. During the past forty years, he has expanded his studies into feng shui, shiatsu, meridian therapy, alternative healing, and Chinese medicine. In the 1980s, he rounded out his experience with travel to Japan, Okinawa, Europe and India. Leaving his practice of Okinawan Goju Ryu Karate with the rank of 5th Degree Black Belt, he moved on to study Chinese martial arts. Today, he teaches taiji and qigong and pursues his training in traditional wing chun kung fu. In 2004, he won a national award for his successful use of feng shui in the traditional school setting. He was guest speaker at the New Jersey State and National Student Assistance Conventions in 2005 and 2006, respectively, where he spoke on the hidden energies behind feng shui and why this ancient earth science works in schools. He has been featured in the Courier Post and the Philadelphia Inquirer and has been published in Black Belt Magazine, The Student Assistance Journal, and Qi Journal. Mr. Loretta retired from education in 2006, having been first a teacher of English for 19 years and then a Student Assistance Counselor in the final years of his career. He resides in New Jersey with his wife and now pursues his varied interests. He may be reached at jloretta@hotmail.com or you may visit his website at www.quantumfengshui.org.

This is a great read for people who truly want to understand the world around them and get back to their own nature. Modern life cheats us out of our own humanity and spirituality, this book helps us get back to that place. Well worth the 10 bucks!

You have subscribed to alerts for James Frank Loretta.

You have been added to James Frank Loretta's favorite list.

You can also sign-up to receive email notifications whenever James Frank Loretta releases a new book.