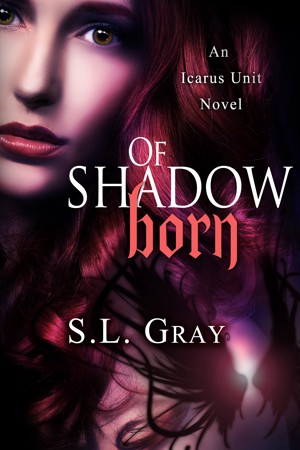 Eric Kade is one of the Shadow-born: men and women who use the power of shadow to protect mankind. And the Unit needs him. So does Melanie Kendrick, if she hopes to learn her new powers and survive attacks from impossible beasts. Sometimes the shadows are exactly what you need. More
The Icarus Unit: Guarding history. Guarding lives.

Eric Kade is one of the Shadow-born: men and women who use the power of shadow to protect mankind. Though he's recovered from the mission that claimed his father and brother's lives, he's not quite ready to rejoin the fight.

But the Unit needs him now. An artifact with the potential to change the course of the future has been unearthed and delivered to a museum in San Francisco. The specialist assigned to repair it doesn't know what she holds in her hands. Or how it will change her life.

Melanie Kendrick considers herself pretty average. Adventure-seeking isn't even on her radar, so she's completely unprepared for living shadows and impossible beasts trying to kill her.

With Kade assigned to protect her, they discover a piece of lost prophecy and a connection that binds them together. He'll have to teach her to embrace her heritage. She'll have to put up with him moving in.

And they'll both have to survive.

What's in a pseudonym? A writer by any other name called would make words as sweet. So S. L. Gray would, were she not S. L. Gray called.

But then how would you find her books?

S. L. Gray is a fantasy author (urban, epic and otherwise) transplanted from many places to the not-so-wilds of northern California. A storyteller for as long as she can remember, she's tamed her magpie-like attention span, somewhat, and dedicated herself to writing stories other people might enjoy as much as she does.

She is also, as you might have guessed, a huge fan of Shakespeare. She has done theatre on both coasts. She makes beaded boxes and jewelry and is a fiber artist. She loves words in all sorts of languages, knows her way around a computer and was once an EMT.

She did mention those magpie interests were *mostly* tamed, right?

She shares her home with one husband, two cats, a varying number of snakes and a wise old fish.

You have subscribed to alerts for S.L. Gray.

You have been added to S.L. Gray's favorite list.

You can also sign-up to receive email notifications whenever S.L. Gray releases a new book.