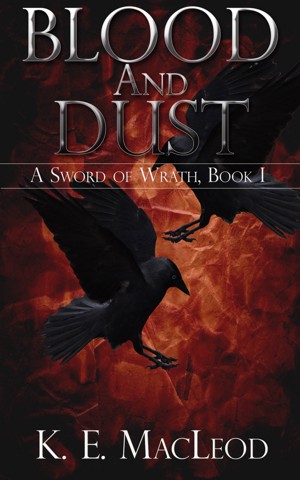 A Sword Of Wrath, Book I: Blood And Dust

By K. E. MacLeod
Rated 3.00/5 based on 2 reviews
Outside of the city, rebellion stirs. The young outcasts of Odalia's poorest district have recently joined forces with the local sorceress guild in order to challenge the power-mad Emperor. Meanwhile, her ancient enemies to the South must discover why the monstrous and bloodthirsty Gigantes have suddenly reappeared in startling numbers. More
The city of Odalia, capital of Lycania and home to the famed White Palace, is the most beautiful place in all of the Empire - at least to the citizens within her walls. Those not privileged to live within them are deemed unworthy and looked upon as savages.

But, as the Empire begins to crack due to the ever-growing delusions of her ruler, Tiberius, the world around Lycania soon becomes a battle, not for the heart of the Empire, but for survival itself.

Even as the contenders for Odalia's future start to move into place, personal stories of love, lust, betrayal and triumph begin to emerge:

Timonus, the General of Tiberius' armies and his childhood friend, is torn between loyalty and honor as he must decide which path to take - even if it means betraying his lifelong friend and country.

The reluctant gladiator, Juko, is being forced to fight against his will in the Amphitheater in order to discover the truth about his brother's suspected murder.

Outside of the city, rebellion stirs within the young outcasts of Odalia's poorest district who have recently joined forces with the local sorceress guild - the darkly sensual but extremely dangerous Veneficas.

The Cavalli tribe, Lycania's ancient enemies to the South, plot revenge against the Empire for old wounds but first, they must discover why the monstrous and bloodthirsty Gigantes have suddenly reappeared in startling numbers.

In the midst of all the chaos, a child is born in secret, under cover of darkness. Tiberius' fanatical laws have outlawed her very existence but when a kind-hearted soldier hides her within the palace nursery, will her clandestine origins be discovered as she's raised among the Emperor's own concubines?
Download: epub mobi (Kindle) pdf more Online Reader
rtf lrf pdb txt
Price: Free! USD
Add to Library
Create Widget
Tags: adventure horses epic fantasy roman sword outcasts sword and sandals game of thrones hero and heroine sorceresses gladiators fiction empire saga
About K. E. MacLeod

K. E. MacLeod is an award-winning author who currently lives in Europe. 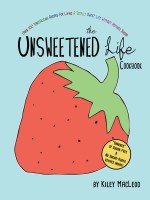 Reviews of A Sword Of Wrath, Book I: Blood And Dust by K. E. MacLeod

I don't read this sort of book - fantasy? But I read Sword of Wrath and loved it. The organization of the story, the coming together of the various groups, the individuals, was clear and often, for me, riveting. I was only confused by the similarity in two different characters' names. Love the story. And the characters. Macleod uses language wonderfully. Pulling me along and holding my interest. Can't wait to see where the story goes next!

Well, that was a mess. Okay, first the good. You will never get bored with a lack of action. This book constantly has something going on and it moves at a very fast pace. The story is basically the fall of pseudo-Roman empire, with a Nero type as Emperor.

Second, the bad. There are so many characters, none of which are fleshed out and so you don't have anyone to grow attached to, except maybe Tacitus. I'd say there are 20 or more names to try to keep track of, most with very little personality. It was a nice try, but the author needs to pick some main characters and focus on them. It seems like she wants to make the story about the Empire itself and those never work.

You have subscribed to Smashwords Alerts new release notifications for K. E. MacLeod.

You have been added to K. E. MacLeod's favorite list.

You can also sign-up to receive email notifications whenever K. E. MacLeod releases a new book.