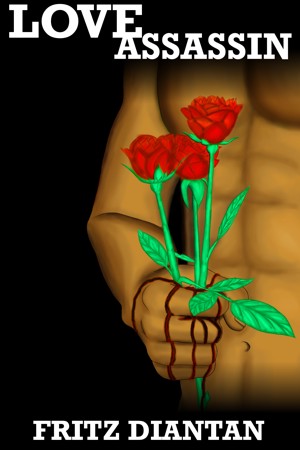 Rated 3.50/5 based on 2 reviews
A mental illness, a source of weakness, a sign of cowardice... that is how Dante defines love after almost losing his life because of it. And for years, he forcibly taught this lesson to the people he was hired to seduce as a love assassin, a destroyer of relationships. But it seems that even a man with a broken soul is not immune to emotions he has no control over. More
Dante does not believe in love.

Having been betrayed, abandoned, and almost lost his life because of it, he realized that love is merely an illusion, a pathetic excuse cling upon by those too weak and cowardly to live. In the outside, he is a brilliant and successful businessman... but unknown to many, Dante has systematically and professionally destroyed numerous relationships as Agent 13, a love assassin for hire. Young or old, men or women... Dante does everything he can to seduce, deceive, and manipulate his targets to make them accept the cruel truths they are ignoring to see.

Yet his newest target, a young man named Vincent, proves to be Dante's most challenging and dangerous assignment. Because as he tries to accomplish his mission, Dante faces the possibility that his goal of making Vincent fall for him may no longer be motivated by his philosophy as the Love Assassin... but by an emotion he has vowed to never feel again.

Fritz Diantan grew up in Santa Rosa, Laguna and is the author of ADLAO: The Hidden Tribe, a contemporary fantasy-adventure novel, and Love Assassin, a dark, erotic-romance novella. Having always been inspired and fascinated with stories, he started writing while still a teenager and got addicted to imagining strange worlds and characters.

He currently lives in Muntinlupa City, Philippines with his dog, Dumbledore.

Incredible. Dante has been so hurt that he doesn't believe love actually exists. As his alter ego, he gets paid to destroy relationships. Buy this story and find out what happens when he falls in love with his next victim.
I feel the story is unfinished and am crossing my fingers for a part two. Otherwise I would've given it 5 stars. I apologize. totheauauthor if indeed there is another part on the way.

(reviewed the day of purchase)
Pixie Mmgoodbookreviews reviewed on March 12, 2014

Dante was nearly destroyed by love in the past and now he systematically destroys love. Under the guise of Agent13, Love Assassin, he accepts paid assignments to destroy relationships and is proud of his achievements, but his latest assignment might be more than even he can handle because as he gets to know his target, Vincent, the hard shell he has encased his heart in begins to crack.

Right, well this is going to be a hard review to write because while I liked the premise of the story and the plot I freaking hated Dante, I mean really hated him, I wanted the ending to be completely different so his mean little heart was ground into dust because the bastard really deserved it and doesn’t deserve a glimpse of happiness. Now let me explain… Dante had his heart broken once, now he makes sure other people feel the same misery he did by destroying relationships for money. Vincent is a delightful college kid who has met the woman he wants to spend the rest of his life with, but a jealous friend wants Vincent’s girlfriend and calls the Love Assassin to destroy their relationship. Dante manipulates, deceives and seduces his way into Vincent’s life but falls for Vincent.

Now most of you would think that Dante would change his ways and go about romancing Vincent, but oh no not our Dante, no our Dante ups his game and nearly destroys Vincent in his bid to get Vincent all to himself. What A Bastard. Now while I thought Vincent (the sweetheart) deserved true love, Dante deserves to be tossed into the pits of Hell. Poor, poor Vincent has no clue as to what Dante has done and right up till the last sentence I was praying that he would find the weasel out and save himself. I really wanted for Dante to find redemption in his new found love but he completely ballsed it up by his actions.

I did enjoy the story, it was entertaining and really did make me keep reading (in the hopes of Dante getting his comeuppance) and there is some really hot sex and it isn’t all with Vincent either. Yes I am unhappy that Dante couldn’t change his tune but it was still a good story…. But the editing really needed work, a lot of work, words inserted in the wrong places, words missing and incorrect spellings really pulled me out of my enjoyment of hating Dante and praying Vincent could escape from his web.

So in truth I would recommend this to those who love a villainous self-centered MC, a MC who falls into a carefully laid trap, finding love when you least expect it, an MC who doesn’t change for love, and, maybe the beginning of a happy ending?

You have subscribed to alerts for Fritz Diantan.

You have been added to Fritz Diantan's favorite list.

You can also sign-up to receive email notifications whenever Fritz Diantan releases a new book.