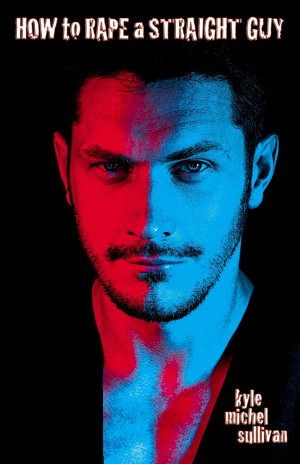 How To Rape A Straight Guy

Rated 4.50/5 based on 4 reviews
Curt thinks he's found the perfect way to take revenge on the world for treating him like a dog...and now he’s out to do some damage. Even if it kills him. More
Curt has been beaten, betrayed, and brutalized by nearly everybody he’s known. Even his mother -- once a prostitute but now married and born again -- has banned him from contact with his younger brother and sisters. Then he went through six years in
prison and came out ten times harder than when he went in. Demands from his wife and zero prospects of a decent job are making it impossible for him to even think of having a normal life...until he’s hustling two gay men in a bar, one afternoon, and mentions his experiences in prison -- which included forcing straight cons to get off as he raped them. A very satisfying method of revenge.

It seems the two men, Wayne and Lenny, want some revenge of their own against a straight guy who’s caused them trouble. If Curt can get the bastard off while being assaulted, they’ll give him a car, cash, and a chance at a new life. Being in the mood to do some damage, Curt agrees...but step-by-step a stupid little bet begins to spin out of control and threatens to plunge him headlong into disaster.

A confused and angry character, a riveting read. The writing was amazing, as were the characters. I consider this an unforgettable story.

I was surprised at how good this was. I hate to say it but I felt bad for Curt. He did a lot of messed up things but he was dealt a really bad hand from the beginning. I wasn’t surprised by the ending it was the only place for it to go but I’m glad what he did for the cop. This was my first book by this author so now I’m off to read the rest of his books.

Despite this being so short, I think it's the best 2 bucks I've ever spent.
A good deal from Smashwords.com

I'm not sure what it says about me, that I enjoyed this book through and through.
And that I didn't even hate Curt. I felt sorry for him, because in some fucked up manner, I could almost relate.
Or at least understand.
Nothing excuses the things he's done, in prison or outside of it. And I really don't like excusing people with the "if you kick a dog..." bullshit.
Because I've been kicked. I've been down. The system has not been in my favor. But then again, maybe I haven't been kicked hard enough.
And despite everything, I couldn't help but feel sad and sorry for what he's been through. Nobody's ever given him a chance. Nobody cares about cons in America. No matter what their offense was. The point is not to rehabilitate, but to punish. And that's what he got.
Who was there to show this man compassion? To teach him it's ok to be himself, that wanting certain things is ok, that making mistakes is ok. When nobody gives a shit about you, why would you give a shit about anybody?
Instead, minor offenses turned into a life of crime. In his case, he was definitely the product of a faulty, corrupt system.

The tone of this story was spot on.
I could feel the anger, the urgency, the confusion.
The pace was hectic, and it didn't stop until the dramatic climax.

I think that early on, we get a sense of Curt's inclinations, even though he doesn't want to admit it.
He keeps saying, "I'm straight, it's just for control/release".
And then he gets a lot more than he bargained for.

The ending wasn't a complete surprise to me. I pretty much figured out it was going to be this way, because what other way was there, really?

===spoiler====
But what surprised me about it, is how ok it felt. Almost like a happy ending.
Curt was at peace with himself. He wasn't so angry anymore. He felt like he could connect with his fellow men. He got a long stretch, but I don't think it's going to be too bad for him...

All in all, this work is more than the sum of its parts, which as the title implies - is rape.
It is graphic though, but that's the point.

(reviewed the day of purchase)
Sasha Peterson reviewed on April 16, 2014

How To Rape A Straight Guy has to be one of the strangest books that I've read, which is saying a lot, because I read a lot of off-the-wall stuff.

The weird thing was, there was a point where I thought this would be a DNF for me. The narrator, Curt, is not a person I liked. I didn't like the way he talked, I didn't like that he was a total asshole to pretty much everyone, and I didn't like that he wasn't gay, but found enjoyment is, literally, raping straight guys. It was really hard to imagine how Curt could possibly redeem himself. I kept reading mostly because he found himself in a gigantic mess that hooked me hard, and in the middle of the mess he discovers an odd and unfamiliar compassion for others.

So. Good characterization, an interesting conflict, and character growth. All the elements of a good book, and at the conclusion I felt that I'd invested my time in a satisfying read.

This will be nothing like you expect, but sometimes one of the most charming things about reading is learning about someone who is very different from yourself.