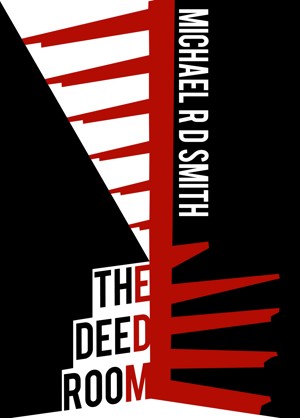 I was born in 1963. I grew up in Tunbridge Wells in Kent, and was very fortunate in being able to study at Cambridge University, where I read history. I moved to Nottinghamshire in 1987 to train as a teacher. After working at a comprehensive school in Leicestershire for two years, I went back to university to re-train as a lawyer. At the age of nearly 30 I finally settled into a career, and I have worked as a solicitor in Nottingham since 1992.

I am married and my wife and I live in the minster town of Southwell, England. We have two sons.

The Deed Room is my first novel, and I have had to wait more than 10 years to see it published. One of the main reasons for the delay is that after receiving some positive reaction from the literary world, things became very frustrating and I became disenchanted. This appears to be an all-too-common experience. My reaction was to do what everyone says a writer should never do - I gave up trying with the book for a long time. But I think I always knew I would come back to it one day, and early in 2013 I submitted it to independent Nottinghamshire publishing house Weathervane Press. This has now led to its publication. This has caused me to feel occasionally rather terrified, but more often very, very proud.

You have subscribed to alerts for Michael R D Smith.

Would you like to favorite Michael R D Smith?

You have been added to Michael R D Smith's favorite list.