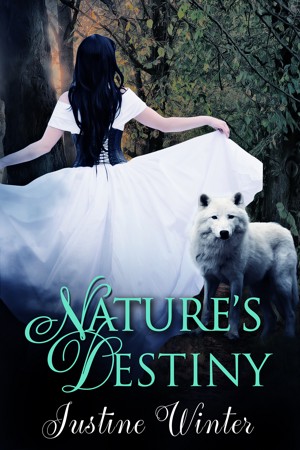 Rated 3.00/5 based on 1 review
A new adult paranormal romance novel based on werewolves, with plenty of action too. More
My life was changing, morphing into something greater than I could have anticipated. I was becoming something I didn't recognise as myself anymore. A Werewolf.

I was different.
Bitten.

'Hybrid' was what they called me, and the weight that rested against that one word was crippling. They depended on me to bring them safety. What made me so special?

I was sucked into a world I had no idea existed. Twenty-one years as a human and this is what I found out.

My travelling plans, my writing degree, all of it was gone within one night. One evil night that robbed my humanity.

I wasn't completely sour. Life had been unfair a while ago, only now I had something worth fighting for besides myself. Something to live for.

I'd gone to bed a human, and woken up a Werewolf.

I've always lived a life based on my imagination,from hopeless dreams of romance to concocting alternate realities involving supernaturals. I'm completely fascinated with anything hero-related, and often speculate which superpower I'd possess. I haven't settled on one yet.

I was born in England, and currently reside in Wales, UK. I love to write, and most days you'll find me happily tapping away at the computer whilst in my pyjama-clad bubble. I also spend my time reading, and if that isn't enough I'm often in the kitchen baking up a treat.

Finally, you can e-mail me at: justinewinter@hotmail.co.uk
I love to hear from readers!

Everything about this book and intrigued me and got me curious enough to read. It's about a werewolf, so...

The story is actually a fast-paced one for me. Luna, I love the name, is bitten disguised as being mugged and became a werewolf.

I actually got confused because the details were hazy. Maybe I want it described with more details as to make the images and scenes in my head to be vivid but I feel like the events were rushed.

I didn't feel in depth with the character. I actually wanted to know them better. Yes, I want less details on the physical aspects so i can conjure them on my own, but I also want more than brief descriptions. Less is more but too much less is actually nothing.

The prophecy. Yep, there's one. Its actually lame, I think. It didn't give the story mystery or excitement. The story could go along without it.

The fight. Yes, I love fights. I want gory details, not a quick death that have happened in a blink of an eye. Of course it could, what with the strength and super speed but it could have been described in a slow motion detail.

The love. I was missing the intensity. They're werewolf, they have animal instincts. They should be more primal and animalistic, and quarrelsome and possessive. That would make it very sexy.

But I like the concept of the story. Luna, a turned werewolf fulfilling a destiny falling in love with an Alpha, Riley. Its inevitable, yes. But it still something you want to read.

You have subscribed to alerts for Justine Winter.

You have been added to Justine Winter's favorite list.

You can also sign-up to receive email notifications whenever Justine Winter releases a new book.