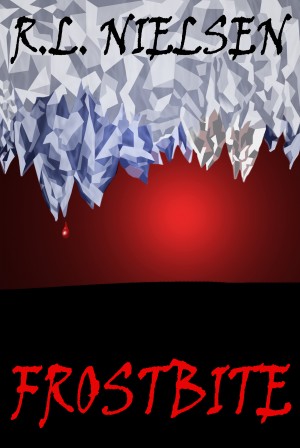 By R L Nielsen
In the mountains outside Buckland, Alaska, mind-controlling creatures are attacking the crew on an oil-drilling site. Some they cocoon, others they eat. The attacks are just beginning...The fate of mankind is about to change forever. More
In the brutal dead of winter in Alaska, the absence of sunlight can drive a person crazy. The crew on an oil-drilling rig accidentally pierces a sphere hidden deep within the earth. Now, deadly monsters have been unleashed and the crewmembers are starting to disappear, one by one. In a desperate race for survival, the battle has just begun.

My journey through life is unconventional. At a young age I learned that whatever I set my mind to I mastered, or if I kept at it long enough, I found success. College studies entailed creative writing, pre-medical studies, biomedical physics, but a drive to succeed on my own merits brought an early end to a traditional education. I suppose the childhood upbringing was to blame for education via the hands-on method of a hard work. At nine I helped with janitorial services at a real estate company, picked cherries in the summers, cleaned mortar off bricks at a salvage yard and other odd jobs as enlisted by my father. By eleven years old I had two jobs on my own. At fifteen I added a third. Between work, I swam four hours a day during my high school years. With friends we built a greenhouse and grew tomatoes through hydroponics and cross-bred rare orchids to sell. All this in the nineteen-seventies in Roy, Utah.
Born into a family of eight, sharing responsibilities and a desire for beyond boring food motivated me to learn how to cook at ten years old. On a rare visit to a pizza restaurant, which we could ill afford, I taught myself how to replicate the meal I had tasted. Later, I transformed handmade pizzas into frozen ready to reheat and eat meals. To this day, I continue to experiment replicating and perfecting the foods I taste at world renown restaurants.
Fine art painting started in a middle school oil painting class. In a hand-picked class of sixteen, at twelve I was the youngest by two grades. At fifteen, a high school instructor set me out on my own as there was little more she could offer. Soon after, I developed a series of cartoon characters. The characters are now a part of children’s books and a series of collectible artwork. Although traditionally taught, the fine art experience developed into an abstract expressionist style of work in the early nineties.
Achievements as a competitive swimmer in my teens resulted in eight high school team records. After graduating, I coached for six years accomplishing regional championships and an undefeated dual meet record each of last four years. Currently, I give coaching advice on technique to masters age swimmers. Many of them now own world, national and state titles.
I built several companies, the most successful being a wholesale interior design showroom in Denver, Colorado which later expanded into Scottsdale, Arizona. Many of the innovative design concepts I developed are still enviable styles today. However, after seventeen years exploding rents and the ever waxing and waning economy drove me to close the businesses.
Throughout life, the desire to write manifest into a skill I continue to master. Beginning simply with hand-written short stories in grade school for friends, in middle school a typing class and a journalism position at the school newspaper became outlets for humorous tales. In high school and college, creative writing became as prevalent as the need to express myself through painting.

About the Series: Frostbite

What begins in Frostbite as a horror story about mind controlling monsters released on an oil drilling site, continues in Red Giant. Red Giant takes the story further into science fantasy and horror.

You have subscribed to alerts for R L Nielsen.

You have been added to R L Nielsen's favorite list.

You can also sign-up to receive email notifications whenever R L Nielsen releases a new book.