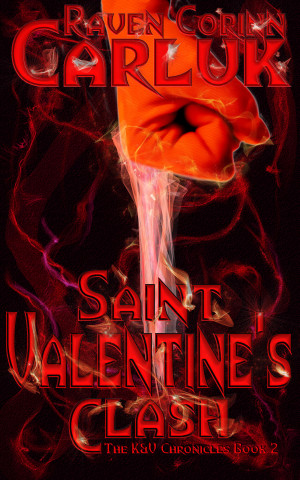 Rated 4.00/5 based on 1 review
Confronted by enemies from the past, Keila must prevail alone.

Her powers are growing, her depressions are gone, and Keila is doing what she does best; helping those who need her. The young psionicist has her life back on track thanks to her considerate vampire lover and close friends that love her.

Varick is out of town, and Keila keeps herself busy to avoid any longing. Simy is suffering flashbacks from childhood, Giovanni says kids are going missing, and a strange presence is affecting Portland. More than enough for a young woman to juggle and solve, keeping herself happy.

Events culminate quickly; Simy is kidnapped, a sex cult is enthralling people, and an enticing incubus becomes her ward. Suddenly, it's a race against time with an enemy from her past.

Talking about myself is much harder than writing a book. You'd think a wordmistress wouldn't have such a problem, but I do. Let me rework a flat scene any day.

But there's so much more to a person than that.

Writing is more than just words on paper to me. It's a passion, an incessant need, a deep-seated drive to be a storyteller. I knew I wanted to be an author as far back as high school. Writing may have taken a backseat a few times, but I finally made it.

My stories have bite because I'm a little different, and like slightly different things. No shock horror here, or cheap gimmicks meant to offend, or pandering to the latest trend. My vampires love human blood, my dragons hunt people, and my elves are magical and arrogant.

Romance and darkness will always go together for me. Love really can get you through anything, as I know from personal experience. My characters will always have that glimmer of new love, that bond with a soulmate, and will do anything to be with their one and only.

When I'm not busy having things killed. Being deeply romantic doesn't mean I'm not also a violent or twisted writer. Fight scenes, bloodshed, dark magic, and triumphant villains all have their places in my tales.

I'll never apologize for who I am. Sometimes abrasive and uncouth, full of contradictions and juxtaposition, I am merely who I am.

And what I am is a storyteller wanting to craft new entertainments for you.

About the Series: The K&V Chronicles

Also in Series: The K&V Chronicles

While Varick is away on business, Keila finds herself in demand. She has finally come to understand that she is strong enough to stand on her own. Since the death of her parents, she's been a little lost. With Varick's help, and steady pushing, she's glorying her own abilities, and they're many and varied, and growing everyday. And she's found out something else about herself, without her vampire lover at her beckon call, she's becoming more like the vampire, in her thoughts and her needs, maybe even becoming a little bit of a vampire herself.

Simy, Keila's best friend, has been summoned back to New Zealand. But, when she drops him at the airport, he's kidnapped by a distant relative, a sex mage. It turns out, though Keila or Simy can't remember anything about what happened before, this is the same mage that kidnapped Simy and his sister. It's also the last thing Keila's father did before his death, freeing Simy from the very same sex mage. Now, it's up to Keila to find her friend and set him free.

While the airport and before she knows about Simy, she discovers another man, a gentle Japanese man, being forced into a van by other stronger men. It goes against her family creed not to try to help the weaker when possible. She frees the man, Kiyoshi, only to find out, he is one of the sex's mages underlings. Moira bound a demon to his soul, turning into an incubus and immortal. His abilities are to soothe, calm, use others with his sexuality. To get Simy back, Keila will need his help.

Also, Giovanni, since losing his daughter, Charlotte, has left the vampire's employment and he's now running a shelter for teens. Trying to give back and help other teens as he wasn't able to help Charlotte. When teens go missing, Keila thinks she knows where they are, and it all comes back to the sex mage, Moira. And there's more going on than Keila is even aware of.

When Varick calls Keila to see if she'd like him to return, in need of his help, she refuses. She needs to try to do for herself.

Saint Valentine's Clash by Raven Corinn Carluk is the second installment of her Keila O'Brion, Psioinic Warrior series. In this installment, we find Keila on her own, her German vampire lover, Varick Eitenhauer, out of town on business. Simy has been called back to New Zealand, but it's all a ruse to get him back into the evil clutches of Moira, ancient sex mage and distant relative. Without her vampire, Keila has to depend on herself, use her wits and cunning along with her powerful abilities to find and free Simy. Moira, sex mage and wicked witch, has intruded once more into Keila's life and is daunting her with facts she doesn't remember, the reason for her father's death. Keila is also, with the help of the vampire's networking abilities, being called to help with preternatural problems. A private investigator, Cliff, calls about an odd book left in his care. He gives Keila the ancient book.... covered in something besides leather... and there's something about the book, something unclean... (there's more story to tell here, so there's hope for a three book for this series). Keila is the same gothic tongue-studded character from All Hallows Blood, Book 1 (Crescent Moon Press) who uses her abilities for good. She refers to herself a sociopathic, but I prefer "emotionally divergent" (she may exhibit some antisocial behaviors by not conforming to the societal norms, but she is engaged and she helps those who need her). It is through her emotional divergence that she's able to stay calm in extreme situations, not minding a little blood shed.

Saint Valentine's Clash is an excellent follow up to All Hallow's Blood, though I would have enjoyed seeing more of the vampire, Varick Eitenhauer. He was a strong character in the last book, and I missed his presence in this book, other than phone calls and dreams. But, Keila becomes more focused, a stronger character without the vampire taking care of her needs, letting her grow and come into her own. There is less romance in this book than the first, with the vampire out of town, but the introduction of Kiyoshi and his growth in the story, helps fill out the missing pieces. Though Saint Valentine's Clash is Book 2, it is easily read as a stand alone. Raven Corinn Carluk also wrote a flash fiction with Keila and Varick on her website, it's definitely worth a peek too. This is a book that all urban fantasy lovers will want to take a look at. I enjoyed it and I'm looking forward to the next installment in the series.

You have subscribed to Smashwords Alerts new release notifications for Raven Corinn Carluk.

You have been added to Raven Corinn Carluk's favorite list.

You can also sign-up to receive email notifications whenever Raven Corinn Carluk releases a new book.