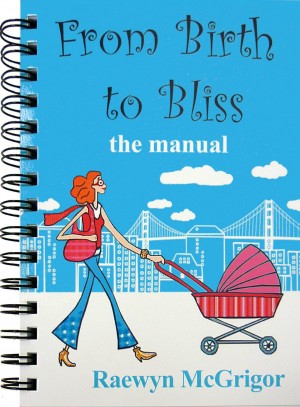 From Birth to Bliss

By Raewyn McGrigor
Rated 4.00/5 based on 1 review
This manual relates specifically to the practical realities of the first days and weeks of life with a new baby in it, and explains what baby needs to learn in his transition to life outside the womb. It will ‘fast track’ the new learning for both mother and baby with a clear plan of action to follow. Tried and true methods that work. More
Written by a Maternity Nurse, this book is a practical manual for new babies and their mothers.

Within the manual is the ‘plan’ which will enable all new mothers to achieve the same result themselves with a lot less effort than is required to manage a fractious baby.

The first part of the manual sets out initial essential new learning, and best practice of all the activities that a new mother and her baby will need to perfect together. The second part of the manual, ‘The Plan’, will quickly and easily guide them both through a sequence to a point that most mothers only hope to achieve around a 3 month milestone.

With a plan to eliminate guesswork, within days of birth ( or any time within the first few months), a mother and her newborn baby can expect to move naturally through the uncertainty of inexperience and baby’s random chaotic demand, to an optimum structure of confidence and predictable regularity in their busy daily lives.

I have written this manual in the desire to share my knowledge and experience because the vast amount of information already available for new mothers can be confusing, conflicting, and often relates only generally to the daily care of newborn babies.

In my career as a maternity nurse, mother and baby coach, baby nurse, mentor and assistant to numerous mothers and their babies in the days immediately following the birth, in every instance, the methods outlined in this book have produced the desired results of best practice confidence, a comfortable predictable regularity in mutual expectation, and the associated contentment for all family members, as quickly as day one in many cases.


Born in Auckland New Zealand in 1953 Raewyn grew up without siblings. As a sensible and responsible child she loved being around and mothering the babies and small children of the friends and neighbours in her safe and idyllic family-oriented neighbourhood and found she was often called upon to babysit or to entertain younger children.

Later, as a ‘natural’ new mum herself, Raewyn found she was often the one advising other new mothers in the transition to parenthood because she was able to identify a baby’s needs when its own mother was perhaps clueless or struggling to do so.

Raewyn clearly had a ‘way’ with babies and that led her to study and employment in childcare later in life as her own children became independent. She went on to study and work in centre-based childcare and in sole charge support positions performing in relief, troubleshooting and advisory roles with babies, infants and preschoolers. It soon became very clear that new born babies held a special fascination...

As the result of word of mouth recommendations Raewyn has had a 15 year international freelance career as a Mother and Baby Coach / Maternity and Baby nurse. In that time she has been called upon to support, advise and guide parents and their newborn babies using her ‘magic blueprint for contentment’. Her work became her research and allowed her the great privilege of sharing these precious first weeks after a baby is born ...with parents and their babies from all walks of life and circumstances, and so to write her book.
From the beautiful London mansions of the English aristocracy, the country estates of the landed gentry, the luxurious New York loft apartments , the holiday houses in the playgrounds of the rich and famous , private planes, limousines, 5 star and 1st class travel with Saudi Royals, entrepreneurs, industrialist and corporate high flyers... to working class families who want to maximise the potential for joy a new baby brings.

Because Raewyn believes ‘Baby ‘ is an international language so the focus is the same whatever the situation or circumstance.... the wellbeing of mum and her new baby and the cycle of consequence that good practise effects....Bliss.

Raewyn is now based back in her childhood neighbourhood where her daughter, her husband and two of her four grandchildren also reside. 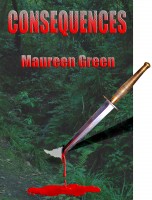 Reviews of From Birth to Bliss by Raewyn McGrigor

Great to see a book available that has simple, practical advice to the mysteries of being a good mother. Have recommended it to all my 'new mother' friends who are struggling with the management of an extra set of lungs in the household.

You have subscribed to Smashwords Alerts new release notifications for Raewyn McGrigor.

You have been added to Raewyn McGrigor's favorite list.

You can also sign-up to receive email notifications whenever Raewyn McGrigor releases a new book.