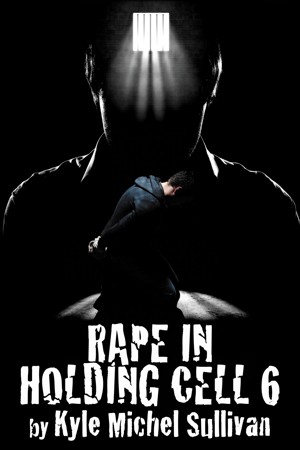 When Collier was killed, Antony crashed into despair...until he learned his lover's death may not have been accidental. Then he became overwhelmed with a psychotic need for revenge...and God help anyone who tried to stop him. More
When Antony met Collier, his life became perfect...until "Collie" was wrongfully arrested and brutally murdered in the city's jail, sending Antony's world into chaos. Then a chance comment led him to believe Collie's death was not a "tragic incident that no one have been prevented," but was actually part of a vicious conspiracy. Antony set out to learn the truth, putting himself on a collision course with a shadowy group of people who would stop at nothing to protect themselves...even if it meant killing not only him but anyone else they felt was a threat -- including Jake, another man touched by the conspiracy...who was willing to back Antony up, and who offered him a chance at a new life.

Kyle Michel Sullivan is a writer and self-involved artist out to change the world until it changes him...as has already happened in far too many ways. He has lived in London, Los Angeles, San Antonio, El Paso, Kansas City, Honolulu, Austin, Houston, and now resides in Buffalo, NY.

He has won multiple awards for his screenplays and has all sorts of books available -- from sunshine and light (“David Martin”) to cold and dark (“How To Rape A Straight Guy”, which has been banned a couple of times) to flat out crazy (“The Lyons’ Den) to mainstream (“The Alice ‘65”). His previous book, “Underground Guy”, was a return to his cold, dark roots, followed by his first SF-Horror novel, "The Beast in the Nothing Room".

He uses Tolstoy as his guide and tries to build characters as vivid and real as possible. He has a lot of fun doing it mixed with angst, anger, and amazement ... but that’s the lot of a writer.

He re-published himself in both paperback and ebook, beginning in 2013, with a couple in hardcover; anything earlier than that is out of print, except for “Boys Will Be Boys” (which contains a novella he wrote); it was published through STARbooks Press and continues to sell on Amazon.