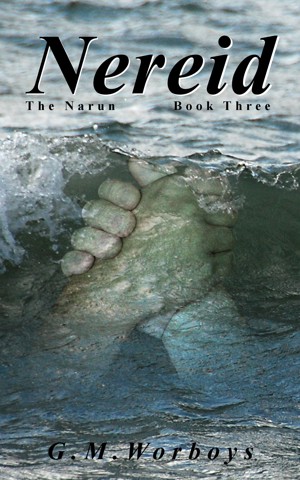 By G. M. Worboys
Rated 5.00/5 based on 1 review
Whatever time John has left, he has dedicated it to finding Asha. Without that driving force he would still be sitting next to his corpse, waiting for death to catch up. But his friends will pay a high price for trying to help him. More
Asha had placed herself under the control of the brothers, but she hadn't understood just how complete that control would be. They have taken her away from everyone and everything she knew, and stolen any last chance she may have had to heal Ellie. As she watches the power plays between narun and human, Asha finds she is a prisoner of her own nature, and in that she is not alone.

In protective custody, Tracey's life is no longer her own. Her past relationships are used against her, and carry her and her protectors into the middle of a war between the narun peoples, a war in which humans have become unwitting collaborators.

Events will draw them all together in a struggle for their lives, in this compelling conclusion to The Narun.
Available ebook formats: epub
Price: $4.99 USD
Buy Add to Library Give as a Gift
How gifting works
Create Widget
Tags: romance forest mermaid australia ocean contemporary fantasy prana underwater nereid
About G. M. Worboys

Also in Series: The Narun

This is the concluding volume in the Narun trilogy. It's the longest in the series, but I didn't feel that it needed to be "tightened up."

This books sets up the final conflict among the various peoples of the Narun. The book does a great job of filling in the last details of the races and setting up the conflict. When war comes the action is handled deftly and without confusion -- showing, in some cases, the "fog of war" without becoming foggy itself. The war itself has aspects that range from the Battle of the Bulge to the Trojan War.

Since the war is for the world, and humans are part of that world, humans are involved -- even though they cannot see or hear the Narun. This was my only (mild) concern. It seemed to me that the way that the humans were involved was a bit too easy. Not quite a caricature, but a bit two dimensional -- especially given the richly detailed development of the Narun.

Anyway, I enjoyed this trilogy very much and recommend it. But the volumes really must be read in order.