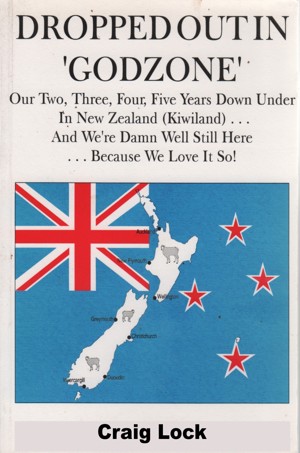 Dropped Out in Godzone

I’ve been writing about my passions since 1993.
Craig has been involved in the corporate world (life assurance) for over twenty years in South Africa, Australia (briefly) and New Zealand. However, through a strange set of circumstances and finding himself in a small town near the bottom of the world ...and with nothing else to do, he started writing. Five published books later (well they turned out to be a vanity publisher and he and his family lost everything, their life savings, including the kitchen sink* - that episode is a book in itself!). Now many years later, “recovering“, having written another twenty manuscripts (on widely differing subjects - well what else is there to do here?)... this is where Craig is in the "journey/adventure" that is life.

Craig has taught at the local Polytechnic, as well as running a successful creative writing course (not teaching sheep!). Together with his “technowhizz”friend, Bill Rosoman, he was the author of (as far as we know) the first creative writing course on the internet and this has developed to new writing and publishing courses we have introduced on our new Creative Kiwis.com website (www.creative kiwis.com)

* that’s a metaphor, btw (“by the way”)
*
Craig has many varied interests and passions. He is particularly interested in the field of psychology – studying the human mind and what makes different people "tick-tock grandfather clock". He is fascinated by the "overlap between psychology and the dimension of spirituality".
One of his missions in life is helping people make the most of their hidden potential and so finding their niche in life... so that they are happy.
Craig’s various books probably tell more about his rather "eventful" life best (no one could believe it!). He writes books with serious messages and themes, then as a contrast "rather crazy, wacky stuff"…to keep him sane here. As an ‘anonymouse’ person wrote: "All of us are born mad; some of us remain so."
Well nothing else much happens in quiet provincial New Zealand, other than headlines like "Golf Ball Thrown at Policeman" and "Beach Toilet Closed for Season.". True!

The “writer” loves to encourage and empower people to be the best they can possibly be, and to create what they want in life. Craig has learnt plenty from the "school of life" (still "battered and bruised") and also from a few "hard knocks on the head". He is an extensive world traveller (on a "shoestring budget") and failed professional emigrater who has spent most of his lifes savings on airfares. He is still sliding down the razor blade of life on the beautiful undiscovered island that is New Zealand, somewhere near the bottom (rude!) of the world near Antarctica. There he talks to the 60 million sheep!

So here goes…
# HERE, THERE AND EVERYWHERE
Craig Lock is an extensive world traveller and failed professional emigrater who has spent most of his life's savings on airfares. He is still 'sliding down the razor blade of life', stuck on a deserted (other than a few brilliant rugby players) island at the bottom of the world near Antarctica, where he is 'trying to throw a double six' to get off and go out into the real world - but he doesn't know where!
In the style of Bill Bryson, HERE, THERE AND EVERYWHERE tells tales of his hilarious hair-raising adventures in his younger years through 'Grate' Britain and the Continent.

‘’Dropped out in Godzone‘’: Craig Lock's humorous travel book about his adventures in provincial New Zealand...
One man and his family - and their experiences "Down Under".
The author and his wife contrast life in colourful, vibrant South Africa with calm and kindly New Zealand - and with large dashes of humour offer much understanding of, and sympathy with the social attitudes of the two worlds.
A new immigrant's impressions of life in provincial New Zealand (after coming from a large city in South Africa) ... and there were one or two rather funny adventures, nay escapades in "Sleepy Hollow" from time to time!
REVIEW:
"DROPPED OUT IN GODZONE is an original and agreeable piece of work. The picture it gives of New Zealand- to one who has never been there- has a ring of complete authenticity. The feeling of the country is relaxed, and perhaps rather unstimulating, but we get an overall impression from the writer that he views his time there with some affection, and above all with tolerance."
This book breathes a natural humour and kindliness, which is what gives it the individual character that is so appealing.
Autobiography has a particular value as a literary form. It is a shared kind of writing and I'll continue to bang the drum. It is unusual to encounter two such different manuscripts from the same author. Both (THE END OF THE LINE is the other book) have quality and share an easy and assured writing style that is a pleasure to read.
Both of these short books are of first rate quality."
Craig is presently working on his latest novel 'The Awakened Spirit', based on some true and inspiring stories of the indomitable human spirit, that lies within each one of us. Stories of endless possibilities.
He firmly believes in the motto: "Find what you love doing, then you will never have to do a days work in your life." Craig is certain he has found his niche in life... anyway, what other job would be suitable for him?

##
PPS: Well there WAS a big earthquake here in "Sleepy Hollow" last week with buildings damaged. It made international news!
********
Craig has a 'passion' for writing books that tell stories about people doing positive things in this often so hard, sometimes unkind world, occasionally cruel, yet always amazing world - true stories that leave the reader feeling uplifted, empowered and hopefully even inspired. Craig's mission is to encourage people to believe in themselves and try to help inspire people around the world to achieve their goals and dreams in life, whatever they may be.

All proceeds go to needy and underprivileged children -
MINE! 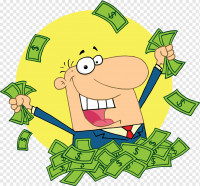 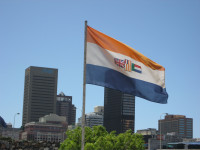 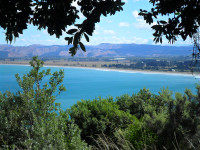 Reviews of Dropped Out in Godzone by Craig Lock

You have subscribed to alerts for Craig Lock.

You have been added to Craig Lock's favorite list.

You can also sign-up to receive email notifications whenever Craig Lock releases a new book.