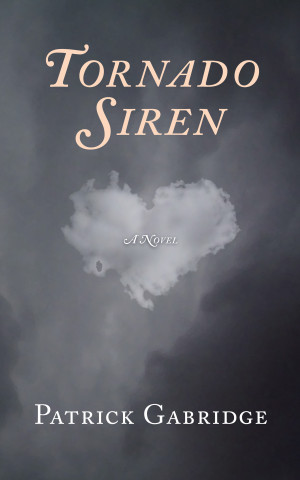 It all begins with footprints...

Victoria discovers an impossible set of footprints in a muddy field near Memphis--they indicate that a man walked away unharmed after being engulfed by the full fury of a twister. A year later, Victoria finds an identical set of mysterious tracks in Kansas and becomes obsessed with finding this odd wanderer.

When she finally does find Ben Fulgar, Victoria can't believe her own eyes or his improbable story--he claims to have wandered the earth for centuries, from tornado to tornado. She'll risk her life to prove to herself that the world operates according to rational rules. During their adventures on the prairie, their relationship intensifies into a love that will be challenged by the ultimate forces of nature.
Available ebook formats: epub mobi pdf rtf lrf pdb txt html
First 25% Sample: mobi (Kindle) lrf pdb Online Reader
Price: $4.99 USD
Buy Add to Library Give as a Gift
How gifting works
Create Widget
Tags: romance paranormal romance love story immortal wanderer prairie tornadoes
About Patrick Gabridge

I've written numerous plays, including Fire on Earth, Flight, Constant State of Panic, Pieces of Whitey, Blinders, and Reading the Mind of God, which have been staged in theatres across the country and around the world. My first novel, Tornado Siren, was published by Behler Publications in 2006, and is now published as an ebook on Smashwords and other sites.

I am a member of the Dramatists Guild and StageSource. My radio plays have been broadcast on NPR and elsewhere. I blog about the writing life at The Writing Life x3.

Both Blinders and Reading the Mind of God were nominated for Best New Play by the Denver Drama Critics Circle. Awards I've won include the Colorado Arts Innovation Award, a Playwriting Fellowship from the Colorado Council on the Arts, the Festival of Emerging American Theatre, the New American Theatre Festival, the In10 UMBC Competition, and the Market House Theatre One-Act Play Award.

In my spare time, I like to farm. My latest farm project is the Pen and Pepper Farm in Dracut, MA.

The love story is very strange and different so much so that I had a little bit of a hard time wrapping my head around it. The tornado parts were well written even for some strange acting ones. If you are looking for something a little "different" to read...this is it.

Wow! What a neat story! "Tornado Siren" is a very entertaining blend of relationships, weather, adventure, geography and romance. Nicely done! The author is a playwright with considerable experience in storytelling. He has a unique ability to weave a story on a basic framework and then let the characters evolve in the readers imagination. He really has a way with words and ideas. You just can't put this book down. Great read!

You have subscribed to alerts for Patrick Gabridge.

You have been added to Patrick Gabridge's favorite list.

You can also sign-up to receive email notifications whenever Patrick Gabridge releases a new book.