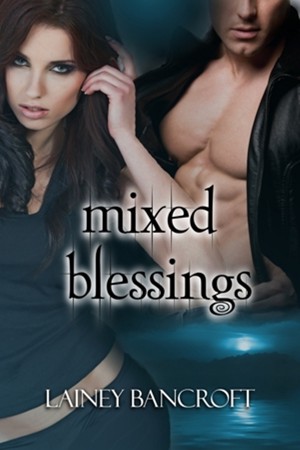 Rated 4.50/5 based on 2 reviews
Internal scars are becoming as difficult to hide for Vincent Gabriele as his external scars. He's a man on a mission to solve a mystery and he believes Daniela Blessing is just the woman to help him succeed. But Danni's temper is as hot as her body and her psychic ability, and despite his best efforts he's made her angry.

(Warning: Contains fiery tempers, a fiery crash and some smokin' hot sex) More
Daniela Blessing’s ability to see crimes through the eyes of victims is a mixed blessing. She thinks she’s a handmaiden of Fate, but when Vincent Gabriele accosts her one sunny morning he calls it eye for an eye justice. He’s willing to keep her secrets—if she helps him. Despite his blackmail tactics, Danni would help, except her psychic abilities evaporate whenever Vincent is around. As truths emerge unlocking Vincent’s past, some of Danni’s history is also revealed. They’ve been intrinsically tied in the past, and their future is about to become a Destiny neither of them expected.

I'll stretch my fiction skills to the limit in an attempt to make a suburban Ontario housewife sound scintillating. Here goes:

By day Lainey Bancroft is a mild mannered office manager for the HVAC business she owns with her husband (frequently referred to as Gas, long story—with several different endings). The office is run from her home so she has the luxury of working in her pj’s 24/7 and is also available as a truant officer for her teens, Groovy Girl, who prefers art to arithmetic and is attending the local college for graphic design, and Groovy’s brother Tech who spends hours on end playing guitar riffs from old head banger music and would rather hack into the school computer than actually go to school. (We reckon he'll either be the next Billy the Kid or the next Bill Gates)

Lainey likes to indulge her athletic side by cleaning up after a six-month-old Golden Doodle puppy, a.k.a as the 'Dirt Devil' who lives to shred houseplants, a geriatric, attitude disordered cat that thinks he is a German Sheppard, and the newest addition to the family, a pure black kitten who wandered in despite the other crazy pets and never left. We call her Stella because she can scream just like DeNiro. Stel...lah! Yep, showing my age, for sure. Shocked

And if that didn’t fulfill your more- than-you-ever-wanted-to-know wishes, feel free to pop over to my web site http://www.elaineforlife.com

The story twists in unusual ways.

(reviewed 8 days after purchase)
Leigh Bradley reviewed on on March 7, 2011

Wow! Twisty turning suprising! A refreshing change from your predictable sappy love stories! Would love to read a follow-up for Destiny's destiny!

You have subscribed to alerts for Lainey Bancroft.

You have been added to Lainey Bancroft's favorite list.

You can also sign-up to receive email notifications whenever Lainey Bancroft releases a new book.