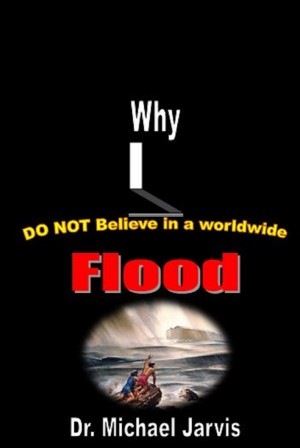 Why I Do Not Believe in a World-wide Flood

By Dr Michael Jarvis
Rated 3.00/5 based on 1 reviews
To many millions of people, who have been raised in our scientific generation, an insistence that our earth is a mere 6000 years old is un-acceptable. In addition, when some Christians insist that this is the only possible understanding from biblical accounts, such a viewpoint often results in people concluding that the Bible must be wrong. This conclusion can result in them discarding the rest.

Dr Michael Jarvis obtained a PhD from Cape Town University in 1971, with zoology as major subject. He has written 36 scientific papers in reviewed scientific journals and 58 in popular science publications. Full CV available from E-mail: mike@factandfaith.co.za and partners@factandfaith.co.za

It is a mark of shame in the USA (and in other uncivilized countries) that people still believe a world-wide flood happened. In a world where humans have sent space craft to the farthest planets, and indeed out of the Solar System entirely (Voyager 2 is almost at the heliopause), it is shocking and shameful to find that many people still believe the mythology found in the Bible is true. Note that if the world-wide flood myth in the Bible was true, Christians and Jews would be worshiping the wrong gods: the mythology would be evidence that the Assyrian gods exist, since a world-wide flood violates many laws of physics as well as is contrary to observed reality.

You have subscribed to alerts for Dr Michael Jarvis.

You have been added to Dr Michael Jarvis's favorite list.

You can also sign-up to receive email notifications whenever Dr Michael Jarvis releases a new book.