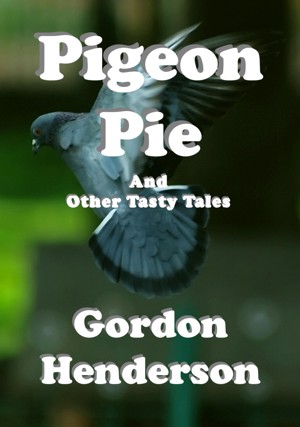 Pigeon Pie And Other Tasty Tales

Gordon Henderson was born in Brompton Military Hospital in 1948 and is proud to be a true “Man of Kent”. His early life was spent in the Medway Towns, where he grew up on a council estate in Chatham and went to Fort Luton Secondary Modern School.

Gordon left school at 16 to join Woolworths, where he worked his way up from being a “stockroom boy” to senior store manager.

After spending some time in South Africa, where he had a restaurant, Gordon had a succession of jobs including being a political agent, a senior contracts officer in the Aerospace Industry and an operations manager for an international manufacturing company.

In 2010 he was elected as Member of Parliament for Sittingbourne and Sheppey.

Following this collection of short stories, many of which have been influenced by his own life, Gordon plans to release his first novel, the first of many.

Reviews of Pigeon Pie And Other Tasty Tales by Gordon Henderson

You have subscribed to Smashwords Alerts new release notifications for Gordon Henderson.

You have been added to Gordon Henderson's favorite list.

You can also sign-up to receive email notifications whenever Gordon Henderson releases a new book.