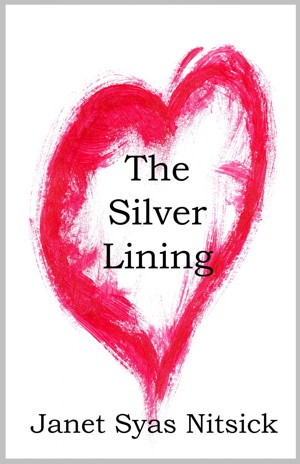 Reviews of The Silver Lining by Janet Nitsick

Oh my goodness, this brought tears to my eyes.

Touching on many levels.

This is a well-written, emotional account. I agree with Ruth who recommends a tissue. So much said in such a short time. I highly suggest this quick read to anyone.

Beautifully written. The memory of her child is so vividly described and her emotions are fairly dripping from the story. Great writing. Thank you for such a great story.

Warning: bring a tissue with you when you read this story. It's about an old woman who opens her small box to look at a paper heart. As she looks at it, she remembers the day her special needs child made it. I won't give away more and spoil it, but you definitely need to have a tissue on hand when reading it because it'll bring tears to your eyes. It's definitely bittersweet.