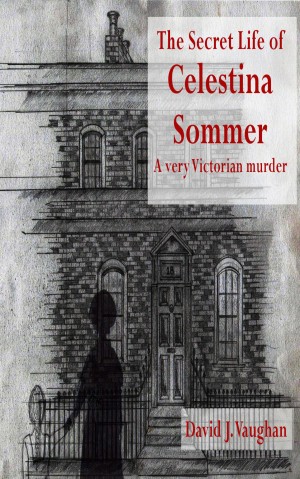 The Secret Life of Celestina Sommer - a very Victorian murder

By David J. Vaughan
A TRUE tale of Victorian crime, betrayal and murder...Celestina Sommer's problem took her to the very edge of hell. More
Set in North London in 1856, Parliament, Buckingham Palace, the press and Victorian middle-class society get caught up in Sommer's brutal murder of her own daughter. Now this forgotten, TRUE event in the annals of British crime has been rediscovered and re-told, exposing cracks in the C19th façade of family life and domestic bliss...

This brand new eBook analyses the events leading up to and beyond the tragic act. It recreates the Victorian criminal trials, charts her life through a harsh penal system and reveals the saddest of fates awaiting those sent to its lunatic asylums.

For the first time in history, it explains the political and social reaction to her surprising escape from the noose, and concludes with the truly shocking truth behind the British Government's inexplicable silence.

Published exclusively as an eBook, David J Vaughan's work has taken three years to research and write. He unravels not just the facts but the unspoken truths behind the case and its seismic aftermath; and delivers the explosive denouement of incest, murder, feminism and madness as lives collide with an appalled yet hypocritical Victorian society.

Over two years in the making, one thing is for certain...the TRUE story of Celestina Sommer will never leave you.

All are available from leading High Street and Online retailers and direct from the publishers.

David also owns and writes his blog about Crime and Insanity in Victorian England, at criminalunacy.blogspot.co.uk, receiving in excess of 2000 hits every month.

He gives talks and lectures on various related topics of interest: such as crime, madness, local history and the archaeology of Britain.

He also reviews titles for Routledge and other, similar publishers of related journals and books.

David is a former Assistant County Archaeologist of Wiltshire, south-west England, but now lives in Herefordshire's glorious Golden Valley just outside the capital of books, Hay on Wye, home to the world-famed literary festival.

You have subscribed to alerts for David J. Vaughan.

You have been added to David J. Vaughan's favorite list.

You can also sign-up to receive email notifications whenever David J. Vaughan releases a new book.