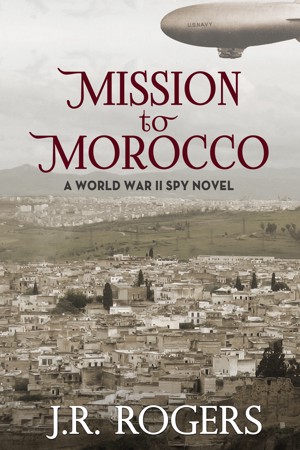 By JR Rogers
Rated 3.00/5 based on 1 reviews
Washington, DC, 1944: an OSS officer is dispatched on a secret mission to French Morocco aboard an Africa Squadron U.S. Navy blimp. On the ground in the coastal North African town of Port Lyautey – home to a U.S. Navy airfield – the OSS uncovers a wide-ranging spy network orchestrated from afar by a Nazi colonel from his headquarters in Casablanca. More
1944 – Colonel Ferdinand Hecht, who poses as a consular diplomat stationed in Casablanca, French Morocco, is in reality an SS officer with the Gestapo’s SD Afrika Intelligence Group. He directs a network of French spies reporting on American navy blimps operating from their Port Lyautey base against U-boats prowling the Straits of Gibraltar and coastal French Morocco.
America’s wartime intelligence agency the OSS is handed the task of dismantling the network and Lieutenant Sam Bradford arrives aboard a blimp of the Navy’s Africa Squadron to kidnap its suspected leader and transport him to London for interrogation. Under cover as a war correspondent, Bradford’s dogged investigation reveals a trail of local townspeople whose counterfeit demeanor masks their true allegiance to the Nazi spymaster. Intrigue, deception, and willful betrayal plunges the American lieutenant into a vortex of lies as the tentacles of the spy ring are uncovered, while embarking on a brief love affair with one of the suspects in the depraved Moroccan paradise.
Rich with atmosphere and period detail, the intrigue is played out against the northwest coastal town of Port Lyautey on the Sebou River where, in the dusty streets and alleys and in the byzantine Medina of this small colonial seaside town, the French influence is evident, but the compelling force is Arabic and overwhelming.

J.R. Rogers is a literary historical thriller novelist. He has written eight novels of espionage, intrigue & romance. His latest is To Live Another Day. He also writes short stories a number of which have been published in various soft cover and/or online publications. He lives in southern California. 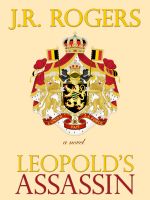 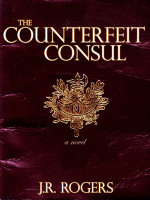 Sam Bradford joined the Army rather than wait to be drafted. It was 1944 and the draft was inevitable for able-bodied young men, but after enlisting, Sam got recruited by the newly formed intelligence agency, the Office of Strategic Services (OSS). His first mission was to kidnap a Nazi collaborator code named the Viper from a sleepy seaside town in French Morocco. Arriving, curiously by blimp, Sam assumes his undercover persona and begins stalking his prey. On his first pass at identifying the Viper he encounters Mireille, a lovely and charming French Moroccan who engages him in a probing conversation. When Sam succeeds in snatching his quarry and spirits him off to London, he has good luck interrogating him and learns of a whole nest of informers in Port Lyautey. So back to Morocco he goes to nab the rest and perhaps the Gestapo colonel who runs them, all the while keeping Mireille in the back of his mind.

If your taste runs to deep, rich descriptive writing that paints a mental picture of the setting and the detailed actions of the characters, then Mission to Morocco is for you. The plot is intriguing and realistic. JR Rogers depth of knowledge of the subject and the locale is clearly profound. The characters are well developed except, in this reader’s opinion, the main character, Sam. This juvenile James Bond lacks a personality. The bulk of his conversation is, “Yes, sir. No, sir. I won’t, sir.” A bit more dash and savoir-faire would have been helpful. The ending is true to life, but for a work of fiction, it is perhaps a little loose ended and unsatisfying. But I won’t reveal it, you will have to discover it for yourself.

You have subscribed to alerts for JR Rogers.

You have been added to JR Rogers's favorite list.

You can also sign-up to receive email notifications whenever JR Rogers releases a new book.