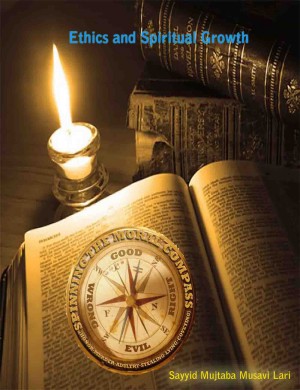 By Sayyid Mujtaba Musavi Lari
One of the most significant factors underlying the success and failure of societies, their triumph and defeat, is the moral factor, whose decisive role in the lives of nations is so evident and conspicuous that no one can deny it.
In this book we have tried to address some of the fundamental questions in ethics and moral systems, so that we can choose our moral way easier.
Download: epub
Price: Free! USD
Add to Library
Create Widget
Tags: ethics growth ethics of islam religious ethics
About Sayyid Mujtaba Musavi Lari

Seyyed Mujtaba Musavi Lari is the son of the late Ayatullah Seyyed Ali Asghar Lari, one of the great religious scholars and social personalities of Iran. His grandfather was the late Ayatullah Hajj Seyyed Abd ul-Husayn Lari, who fought for freedom in the Constitutional Revolution. In the course of his lengthy struggles against the tyrannical government of the time, he attempted to establish an Islamic government and succeeded in doing so for a short time in Larestan.
Seyyed Mujtaba Musavi Lari was born in 1314/1925 in the city of Lar where he completed his primary education and his preliminary Islamic studies. In 1332/1953, he departed for Qum to continue his study of the Islamic sciences, studying under the professors and teachers of the religious institution, including the main authorities in jurisprudence (maraji').
In 1341/1962, he became a collaborator of Maktab-i-lslam, a religious and scientific journal, writing a series of articles on Islamic ethics. Thee articles were later collected into a book published under the title Ethical and Psychological Problems. Nine editions of the Persian original of this book have been published, and it has also been translated into Arabic and, most recently, English.
In 1342/1963, he travelled to Germany for medical treatment, and returning to Iran after a stay of several months, he wrote a book called TheFace of Western Civilization. Thebook includes a comparative discussion of Western and Islamic civilization, and in it, the author seeks to prove, by way of a comprehensive, reasoned, and exact comparison, the superiority of the comprehensive and multidimensional civilization of Islam to that of the West. This book has recently been reprinted for the seventh time. In 1349/1970, it was translated into English by a British Orientalist, F. G. Goulding, and it aroused much attention in Europe. Articles concerning the book appeared in several Western periodicals, and the BBC arranged an interview with the translator in which the reasons for translating the book and the reception accorded it in England were discussed. The English version of the book has up to now been printed three times in England, five times in Iran, and twice in America.
About three years after the publication of the English translation, Rudolf Singler, a German university professor, translated it into German, and the version he produced proved influential in Germany. One of the leaders of the Social Democratic Party informed the translator in a letter that the book had left a profound impression upon him, causing him to change his views of Islam, and that he would recommend the book to his friends . The German translation has now been reprinted three times.
The English and German versions of the book were reprinted by the Ministry of Islamic Guidance for wide distribution abroad through the Ministry of Foreign Affairs and the Islamic Students' Associations abroad.
At the same time that the first printing of the German translation was published, an Indian Muslim scholar by the name of Maulana Raushan Ali translated it into Urdu for distribution in India and Pakistan. This Urdu translation has now been reprinted five times.
Seyyed Mujtaba Musavi Lari has also written a pamphlet on tauhid (divine unity), which was translated in England and published several times in America.
In 1343/1964, he established a charitable organization in Lar with the purposes of propagating Islam, teaching Islam to rural youth, and helping the needy. This organization remained active until 1346/1967. Its main accomplishments were the dispatch of students of the religious sciences to the countryside to teach Islam to children and young people; providing thousands of school children with clothing, books and writing equipment; building a number of mosques, schools, and clinics in towns and villages; and the provision of miscellaneous services.
Seyyed Mujtaba Musavi Lari pursued his interest in Islamic ethics, writing new articles on the subject. In 1353/1974, a collection of these articles, revised and supplemented, appearedin book form under the title, The Function of Ethics in Human Development. This book has now been reprinted six times.
In 1357/1978, he travelled to America at the invitation of an Islamic organization in that country. He then went to England and France and after returning to Iran began writing a series of articles on Islamic ideology for the magazine Soroush. These articles were later collected in a four volume book on the fundamental beliefs of Islam (tauhid, divine justice, prophethood, imamate, and resurrection) under the title The Foundations of Islamic Doctrine.
This four volume work has been translated into Arabic, some parts of it having already been printed three times.
In 1359/1980, Seyyed Mujtaba Musavi Lari established an organization in Qum called Office for the Diffusion of Islamic Culture Abroad. It dispatches free copes of his translated works to interested persons throughout the world. It has also undertaken the printing of a Quran for free distribution among Muslim individuals, institutions and religious schools in Africa. 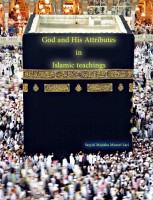 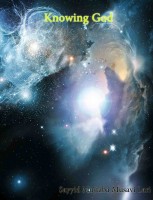 You have subscribed to alerts for Sayyid Mujtaba Musavi Lari.

Would you like to favorite Sayyid Mujtaba Musavi Lari?

You have been added to Sayyid Mujtaba Musavi Lari's favorite list.