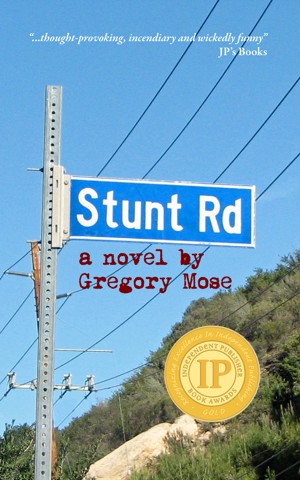 By Gregory Mose
Rated 4.00/5 based on 1 review
Gold Medal Winner in the 2010 Independent Publisher Book Awards.

Gregory Mose was born in 1970 in Los Angeles. He graduated with honors from Harvard College in 1992 with a degree in English and American Literature and then took a year off to teach English in Athens, Greece. He returned to the US to study law at Duke, where he specialized in public international law and institutions before accepting a two year contract with the UN High Commissioner for Refugees in Conakry, Guinea.

While in Africa he worked primarily with Liberian and Sierra Leonean refugees, helping to ensure their continued protected status under international law and facilitating their resettlement in special cases. During that time he witnessed first hand the fallout of Sierra Leone’s vicious coup and civil war in which thousands of civilians were murdered or mutilated.

In 1998 he moved to London to join his fiancée and worked for three years as a corporate securities lawyer for Freshfields Bruckhaus Deringer before quitting to become a stay-at-home father. In 2005 he moved with his wife Sophia and son Sebastian to Montcabrier, a small village in southwest France, where they own and operate Domaine de la Dolce, a niche baby-and-toddler-friendly holiday cottage complex.

Stunt Road is Mose’s first published novel. He also blogs about life in rural France and writes for a local English language magazine.

Review
Sarah Rubenfeld reviewed on Jan. 25, 2010
(no rating)
This is a really interesting concept, rather well executed. Aside from some issues with the ending, and an unfortunate tendency towards heavy-handed foreshadowing, Mose is an excellent writer who does an great job making you feel his characters. Overall a fun and easy read.

This was an unusual and entertaining story. I read it in one day and couldn't put it down. I liked the premise of inventing a system of divination just to show it can be done (and that people will buy into it). I found most of the main characters to be well developed and believable.

At times, the character of Peter exasperated me with his inaction and naivete. However, the behavior did rang true to his character. His social awkwardness and obliviousness in his relationships made him interesting and sometimes comical.

While I liked the character of Peter, I wanted to hate Jake, but just couldn't. The development of his character was so successful that even at the end of the book, I couldn't dislike him. That he remained a likable character right through to the end makes him all the more sinister.

I wonder if there is a sequel in the works because I can't believe a character would be allowed to simply walk away, especially after the smear campaign and threats. I guess I just want to see the little guy truly win in the end.

You have subscribed to alerts for Gregory Mose.

You have been added to Gregory Mose's favorite list.

You can also sign-up to receive email notifications whenever Gregory Mose releases a new book.