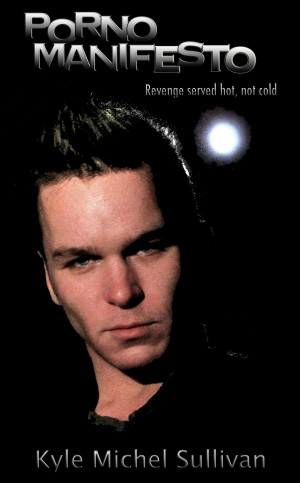 When Alec learned who his gay-bashers were, he decided the best revenge would be one they never see coming...and which they help happen...and would be served hot, not cold. More
Alec Presslea just wanted to live his life, but then he was nearly killed in a gay-bashing and on top of that, he learned the police were deliberately shielding his attackers because one was the son of a prominent judge. That’s when a hungry howling Panther took him over...and he found a new meaning. So the world said he was sick and immoral and against nature? That he did not deserve the same rights as others? That it was okay to try and kill him? Well, he’d show everyone that it was actually normal and natural for two men to derive pleasure from each other. Period. And he would use the frat-boys who had attacked him to prove this...even though it meant he would have to trick them into helping him...or use force, if need be. But under his Porno Manifesto, that would be the best revenge.
Available ebook formats: epub mobi pdf lrf pdb txt html
First 20% Sample: epub mobi (Kindle) lrf more Online Reader
pdb
Price: $1.99 USD
Buy Add to Library Give as a Gift
How gifting works
Create Widget
Tags: fiction erotica gay injustice revenge gay erotica gay fiction erotica adult fiction gay revenge erotica gay novel
About Kyle Michel Sullivan

This story was about Alec Presslea who was gay-bashed and ended up in the hospital. This incident really reinforced what it means to be gay in cruel society. His dealing with the police soured so he decided to find out who hurt him so badly. The story moves along his investigation, and we learned how deeply he was broken.

I don’t want to tell you what he does and how it ends. You’ll have to read the book. All I can say, I found myself approving of Alec’s thoughts and actions. He was very convincing. He was so angry that other people including those, who are sworn, to protect treated him with distain and hate. It was okay for frat boys to attack him and attempt to kill because he was gay. It got more complicated when there was another layer of mystery why the police didn’t help him.

He convinced himself that the world thought he was sick and perverted and didn’t deserve the same rights as others. This made him fight to show them what he thought of being a second-class citizen. He wasn’t going to be just another abused gay man. He took responsibility was for his revenge and punishment for his attackers. It’s a great read

You have subscribed to Smashwords Alerts new release notifications for Kyle Michel Sullivan.