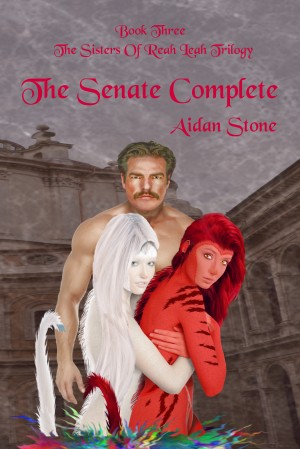 Aidan took his first job at the age of eleven, shining shoes in the local barbershop. Some of the stories he heard there would make fine books. He broke his back at meaningless tasks until 1992. Aidan found art in 1992, several media of art. As one of the lucky few who managed to make a living as an artist, Aidan enjoyed himself until 2009. That's when Aidan threw a hissy fit! He swore never to work in those media again. After the boredom of retirement set in, someone he trusted suggested he try his hand at writing. Aidan began to write Reah Leah the White-From Cat to Queen, which quickly became a trilogy because of his propensity for long-winded stories. A teller of tall tales, Aidan imagines himself surrounded by friends telling bawdy tales of the past.

You have subscribed to alerts for Aidan Stone.

You have been added to Aidan Stone's favorite list.

You can also sign-up to receive email notifications whenever Aidan Stone releases a new book.