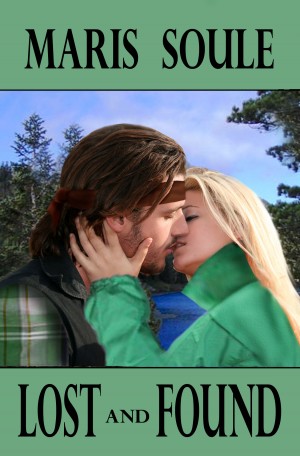 Rated 5.00/5 based on 1 review
A rebellious teenaged boy is lost in the Eldorado Forest. When, Caleb Foster, an expert tracker, is called in to help, Diana Miller decides to follow him. She doubts he'll do any better than the others, but the man intrigues her. In the outside world, their lives would never have crossed. In the primitive freedom of the Sierra Nevada's wilderness, they find danger and passion. More
The teenaged son of a movie star and movie producer has run away from Camp Vista, where he was supposed to learn survival skills. But has he learned enough to survive in the wilderness of the Sierra Nevada? Only one of the camp counselors, Diana Miller, knows what drove the boy into the Eldorado Forest the last night of camp, but she's afraid to tell. Three days of futile searches by local authorities and volunteers prompts a call to Caleb Foster, a man trained by his Apache grandfather to find and follow the most minute of tracks.

Diana doesn't believe this arrogant man can do any better than the sheriff and his men, but something about Caleb excites her, and even when he tells her to go back, that she'll only be a bother, she follows him. And bother him she does, more than any other woman ever has. Together Caleb and Diana discover danger and passion…and much, much more.
Available ebook formats: epub mobi pdf rtf lrf pdb txt html
First 20% Sample: epub mobi (Kindle) lrf more Online Reader
pdb
Price: $1.99 USD
Buy Add to Library Give as a Gift
How gifting works
Create Widget
Tags: wilderness survival sierra nevada eldorado forest apaches coyote stories tracking cougars deer camping
About Maris Soule

Reviews of Lost and Found by Maris Soule

Read this book as paperback many years ago and kept it in my library because I enjoyed it so much. Am converting to ebooks were I can and was very happy to find an electronic version of this book. Please consider publishing some of your other earlier works.