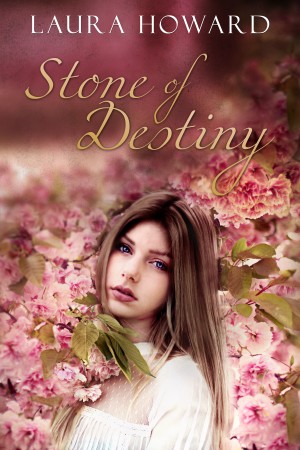 By Laura Howard
Allison fights to free her parents from the enchantment Aoife has placed them under. Despite her efforts, Ethan joins in on her mission. Will they be able to destroy the amulet holding the enchantment before it's too late? More
It was crazy enough when Allison found out her father wasn't entirely human. But now she has to join his magical allies to unravel his former mistress's plans. Aoife wants to keep Allison's parents apart forever.

Despite Allison's efforts to keep Ethan, the only guy she's ever cared about, out of this supernatural mess, fate keeps throwing him back into the mix.

Laura Howard lives in New Hampshire with her husband and four children. Her obsession with books began at the age of 6 when she got her first library card. Nancy Drew, Sweet Valley High and other girly novels were routinely devoured in single sittings. Books took a backseat to diapers when she had her first child. It wasn’t until the release of a little novel called Twilight, 8 years later, that she rediscovered her love of fiction. Soon after, her own characters began to make themselves known.

Also in Series: The Danaan Trilogy

Reviews of Stone of Destiny by Laura Howard

You have subscribed to Smashwords Alerts new release notifications for Laura Howard.

You have been added to Laura Howard's favorite list.

You can also sign-up to receive email notifications whenever Laura Howard releases a new book.