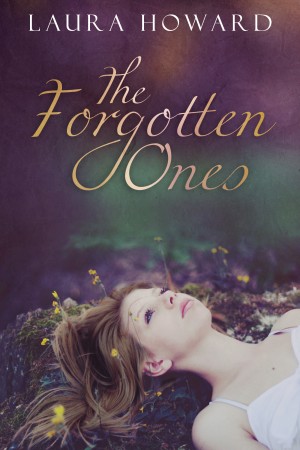 By Laura Howard
Rated 4.00/5 based on 1 reviews
Allison's only plan is to take care of her schizophrenic mother. Not part of the plan is the return of her long-lost father, who claims he can bring Allison's mother back from the dark place her mind has gone. Allison doesn't trust her father's story about a long forgotten Irish people, the Tuatha de Danaan. Can she learn to work with him if there is a chance to restore her mother's sanity? More
Allison O'Malley's plan is to go to grad school so she can get a good job and take care of her schizophrenic mother. She has carefully closed herself off from everything else, including a relationship with Ethan, who she's been in love with for as long as she can remember.

What is definitely not part of the plan is the return of her long-lost father, who claims he can bring Allison's mother back from the dark place her mind has gone. Allison doesn't trust her father, so why would she believe his fairy tale about a long forgotten Irish people, the Tuatha de Danaan? But truths have a way of revealing themselves. Secrets will eventually surface. And Allison must learn to set aside her plan and work with her father if there is even a small chance it could restore her mother's sanity.
Download: epub pdf rtf more Online Reader
lrf pdb
Price: Free! USD
Add to Library
Create Widget
Tags: coming of age fiction young adult fiction fantasy romance teen romance ya books ya romance abra ebner books like twilight feather book series fiction fantasy contemporary mythology fairies fae fantasy paranormal action adventure goddess mythology
About Laura Howard

Laura Howard lives in New Hampshire with her husband and four children. Her obsession with books began at the age of 6 when she got her first library card. Nancy Drew, Sweet Valley High and other girly novels were routinely devoured in single sittings. Books took a backseat to diapers when she had her first child. It wasn’t until the release of a little novel called Twilight, 8 years later, that she rediscovered her love of fiction. Soon after, her own characters began to make themselves known.

Also in Series: The Danaan Trilogy

I must admit the cover is what initially drew me to this story - it's gorgeous and now that I've read the book, I love it even more. I can't help that I have a huge affinity for purple! Once I looked beyond the cover to read the synopsis, I was interested to see that there would be a character with schizophrenia. It's always been such a mysterious disorder to me, and I wanted to see how it would be handled in fiction.

While Allison started out as a bit of a bland character for me, I did appreciate her determination to take care of her mother and the way she loved her no matter what. I wanted to argue with her about closing herself off to others, but I knew I'd do the same thing in a heartbeat. Allison doesn't believe she can have a life outside of working and taking care of her mother, but I believed there would be room for love with Ethan. I kept hoping she would be able to see that for herself, too.

I wasn't sure about Ethan at first. He seemed like a player in the beginning, and I questioned his intentions toward Allison; however, I warmed up to him. He ended up becoming a character I wanted to see happy. I felt the same hesitation towards Allison's father except even more so. I didn't trust him and felt the same as Allison in wanting to protect her mother from him. Where had he been all this time? Why did he suddenly show up now? Whatever you might be thinking, you won't guess the answers to those questions! You'll be surprised just as I was!

The plot explodes in the second half of the book, and this is really where Allison begins to shine. Not to say I didn't like her in the beginning because I did, but here I was able to see so much more of her personality. She became fierce, courageous, and just jumped from the pages. She came alive. Sometimes in books the reader is privy to information the main character doesn't know yet. In this case, I loved how the author chose to allow the reader to discover things along with Allison. I felt more connected to her that way.

Overall, with the colorful cast of characters, Irish lore, and the way in which the plot unfolds, I relished this book and am looking forward to the next in the trilogy.

* I received a copy of the book in exchange for an honest review as part of the blog tour. *

You have subscribed to alerts for Laura Howard.

You have been added to Laura Howard's favorite list.

You can also sign-up to receive email notifications whenever Laura Howard releases a new book.