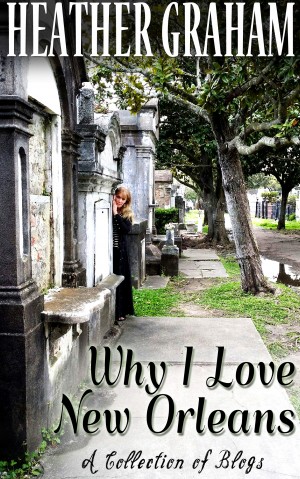 Why I Love New Orleans

By Heather Graham
Rated 5.00/5 based on 2 reviews
New York Times Bestselling Author, Heather Graham has compiled a series of 30 Blogs she wrote in 2013 on things she loves about New Orleans - a city that is very dear to her and is the setting for several of her books. More
New York Times Bestselling Author, Heather Graham has had a long standing love for New Orleans, Louisiana. She has used the city as a setting for many of her novels and there are many reasons why. On her blog in 2013 she spent 30 days sharing what she loved about New Orleans. From favorite restaurants, to museums she loves to her most loved ghost stories, she shared what made New Orleans one of her favorite cities in the United States. Now she has compiled these blogs into this ebook that she wants to share with those who are going to New Orleans, those who have dreamed of the city and want to learn more, and those who might want to debate her choices. Why I Love New Orleans is a love story, it's the story of Heather's love for this magical city.
Download: epub mobi (Kindle) pdf more Online Reader
rtf lrf pdb txt
Price: Free! USD
Add to Library
Create Widget
Tags: new orleans louisiana travel essays nola travel blogs
About Heather Graham

New York Times and USA Today best-selling author Heather Graham majored in theater arts at the University of South Florida. After a stint of several years in dinner theater, back-up vocals, and bartending, she stayed home after the birth of her third child and began to write, working on short horror stories and romances. After some trial and error, she sold her first book, WHEN NEXT WE LOVE, in 1982 and since then, she has written over one hundred novels and novellas including category, romantic suspense, historical romance, vampire fiction, time travel, occult, and Christmas holiday fare. She wrote the launch books for the Dell's Ecstasy Supreme line, Silhouette's Shadows, and for Harlequin's mainstream fiction imprint, Mira Books.

Heather was a founding member of the Florida Romance Writers chapter of RWA and, since 1999, has hosted the Romantic Times Vampire Ball, with all revenues going directly to children's charity.

She is pleased to have been published in approximately twenty languages, and to have been honored with awards from Waldenbooks. B. Dalton, Georgia Romance Writers, Affaire de Coeur, Romantic Times, and more. She has had books selected for the Doubleday Book Club and the Literary Guild, and has been quoted, interviewed, or featured in such publications as The Nation, Redbook, People, and USA Today and appeared on many newscasts including local television and Entertainment Tonight.

Heather loves travel and anything have to do with the water, and is a certitified scuba diver. Married since high school graduation and the mother of five, her greatest love in life remains her family, but she also believes her career has been an incredible gift, and she is grateful every day to be doing something that she loves so very much for a living. 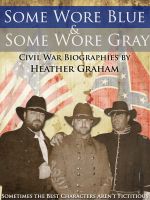 This book was just plain fun. I'm getting ready for my first trip to the Crescent City in May, so I grabbed this book to read. It was a Smashwords freebie ... which means you should grab it, too!

Author Heather Graham did 30 blogs in 30 days, talking about why she loves the city. With subjects ranging from hotels, to restaurants, to plantation tours and more, she provides information and anecdotes that keep it all from reading like a dry book report.

I thoroughly enjoyed reading this book and got some great ideas for things to do during my trip as a result.

Delightful and chock full of great ideas on what to see and do in NOLA. Book is full of interesting antidotes and research about local historical people and places and really brings the spirit of that amazing city alive.

You have subscribed to alerts for Heather Graham.

You have been added to Heather Graham's favorite list.

You can also sign-up to receive email notifications whenever Heather Graham releases a new book.