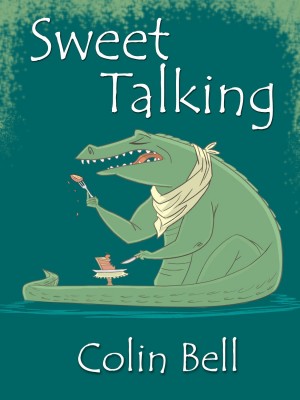 Hi
My name is Colin Bell and I have written Sweet Talking. It is the tale of life in a fictitious sugar refinery in East London. The characters are made up as are the stories involving them. However there is an element of truth in each incident, more in some than others. The characters are composites of people I have known working in the sugar industry for twenty five years. At the time we all said someone should write a book, so eventually I did. There are one or two of the tales that are actually as they happened and those involved, if still around, may recognise themselves. Others have long since departed. The real fate of the factory I worked in was far too mundane to be of any use so it is obviously greatly embellished. People that have read it have voiced the opinion that they were sad when it was all over and would have liked to hear more of the characters, more stories and more background. In order not to disappoint I have written a sequel, a book in its own right, but one which also gives a personal history of the loveable rogues in Sweet Talking and brings them all together in a new setting. Beer Talking is now available on Kindle. I have also written a semi-autobiographical novella Past Talking which may appeal to those of you out there that grew up in the 70's. I hope you enjoy them.
Colin Bell
****Now published Sleep Talking - the last outing for the boys before they draw their pensions! Available on Kindle.

You have subscribed to alerts for Colin Bell.

You have been added to Colin Bell's favorite list.

You can also sign-up to receive email notifications whenever Colin Bell releases a new book.