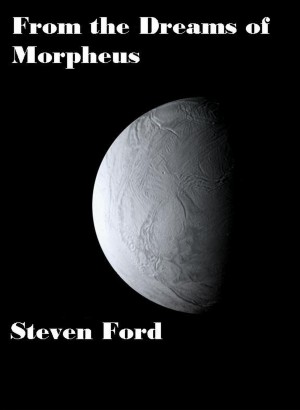 From the Dreams of Morpheus: Five Tales of Fantasy and Science Fiction

By Steven Ford
A collection of five short storys of science fiction and the supernatural. You'll journey from the tormented dreams of a prisoner on a distant planet, to a graveyard encounter unlike any other, to the mysterious suicide of an entire alien civilization, to a radio that receives whispers from the universe, to the most frightening airplane ride of your life. This is a collection best read at night!
Available ebook formats: epub mobi pdf rtf lrf pdb txt html
First 10% Sample: epub mobi (Kindle) lrf more Online Reader
pdb
Price: $3.99 USD
Buy Add to Library Give as a Gift
How gifting works
Create Widget
Tags: horror scifi ghosts fantasy science fiction alien scary
About Steven Ford

Steve Ford began writing short stories in middle school. By the time he reached high school, his stories were earning awards. For example, one of his works was the first place winner of the Sinclair College Writer’s Workshop in 1973. Steve went on to earn a Bachelor of Arts in English from Wright State University in 1978 and he continued to sell both short fiction and non-fiction as a freelance author.

Post college life found him in advertising, starting as a creative copywriter and eventually rising to be position of Director of Advertising for the Bilco Corporation. In 1990 Steve saw an opportunity to enter the publishing world professionally with the ARRL—The National Association for Amateur Radio. Within a few short years Steve became Publications Manager for the ARRL, as well as the Editor in Chief of QST magazine, their monthly flagship publication with a circulation of 153,000.

Steve has written more than a dozen non-fiction books for the ARRL and hundreds of articles for QST. He continues his occasional work in freelance fiction.

Reviews of From the Dreams of Morpheus: Five Tales of Fantasy and Science Fiction by Steven Ford

You have subscribed to alerts for Steven Ford.

You have been added to Steven Ford's favorite list.

You can also sign-up to receive email notifications whenever Steven Ford releases a new book.