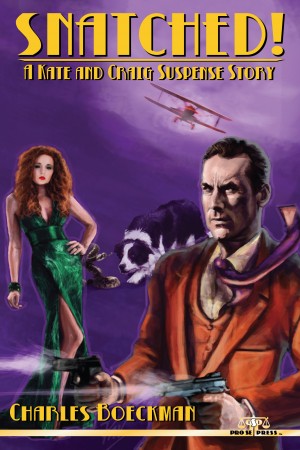 Charles Boeckman is a native Texan. He grew up during the Great Depression when there was no money for music lessons. Fortunately, everyone in his family played a musical instrument. Those were the days of the big bands and their sounds were on all the A.M. radio stations. Hearing Bennie Goodman and Artie Shaw, he fell in love with the clarinet. He found a fingering chart for the clarinet and taught himself to play that instrument. To get a job on a big band in those days, a reed man was expected to play both saxophone and clarinet, so he also taught himself to play saxophone. The year he graduated from high school, in 1938, he played his first professional job in a South Texas country dance hall. He continued playing weekend jobs in dance halls all over South Texas until the mid 1940’s, when he moved to Corpus Christi, Texas, and played as a sideman in bands in that city. In the 1970’s he formed his own New Orleans style Dixieland jazz band, which became quite popular. He still plays in the Texas Jazz Festival every October. In recognition of his many years on the music scene in the area, he was awarded a star in the South Texas Music Walk of Fame in June of 2009.

While music has been a part of his career, his main occupation has been that of a professional writer. He has had dozens of books and hundreds of short stories published all over the world He uses his music background as setting for many of his mystery stories. In 1965, he married Patti Kennelly, a school teacher. With Charles’ help, she also became a writer. At this writing, they have been happily married for 46 years. They have a daughter and two grandchildren. In the 1980’s they collaborated on a series of 26 Harlequin Romance novels that sold world wide over two million copies.
More about Charles Boeckman’s career can be found on his web site, charlesboeckman.com.

Reviews of Snatched!: A Kate and Craig Suspense Story by Charles Boeckman

You have subscribed to Smashwords Alerts new release notifications for Charles Boeckman.

You have been added to Charles Boeckman's favorite list.

You can also sign-up to receive email notifications whenever Charles Boeckman releases a new book.