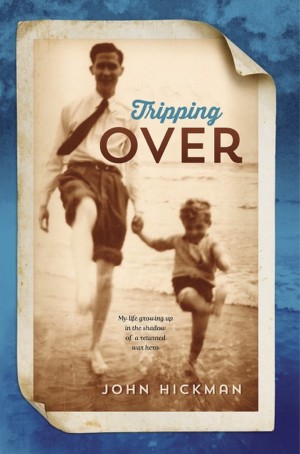 John Hickman was born in the UK at the end of WWII. He grew up in the shadow of his war hero father, Bill.
Attending numerous schools due to the family moving for Bill’s work, John learned quickly to enjoy the most of the moment, and to not take life too seriously. His books are a glimpse into his world and the imagination that has grown from those life experiences.
After specialising in global pest control, fumigation, and timber preservation, John and his family diversified into farming Javan Rusa deer, in the South Burnett.
After retirement in 2003 and unable to play golf, he discovered a latent passion for writing.
John’s first book 'Reluctant Hero' is about his Dad, Bill, who survived as a Lancaster bomber pilot in WW2.
John's second book 'Tripping Over' depicts the humorous side of life in post war England.
It provides a comic foil to his 'Reluctant Hero' reminiscent of a true life 'Diary Of A Wimpish Kid' during the 1950s and 1960s.
'Sex, Lies & Crazy People' is the follow on from 'Tripping Over'.
John tells the Bittersweet true story about his family’s involvement in the Harewood Hotel, Royal Tunbridge Wells, Kent in England during the 1960s interspersed with self-deprecating reminisces. Best described as a true life Fawlty Towers – but without Basil.
Unlike Fawlty Towers John's are all true stories.
'Living Upside Down' is John’s debut novel to feature the adventures of Sue and Roger, after writing three true stories this novel was inspired in part by the author’s thirty-five years of experience in the global pest control industry, life in the Archipelago, and migrating as ten pound poms.
Given the gift of LIFE - other books may follow about how not to run a Deer farm, and after retirement his life at the pointy end of the queue in a Happy Valley resort. 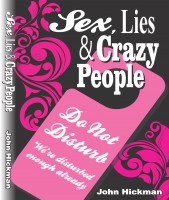 Reviews of Tripping Over by John Hickman

You have subscribed to alerts for John Hickman.

You have been added to John Hickman's favorite list.

You can also sign-up to receive email notifications whenever John Hickman releases a new book.