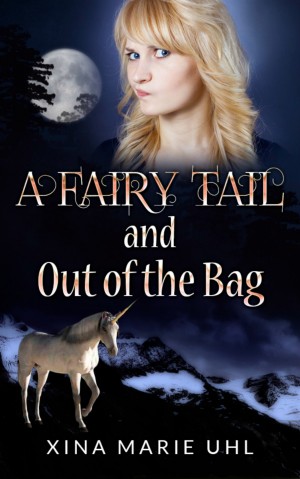 A Fairy Tail and Out of the Bag

By Xina Marie Uhl
Rated 4.00/5 based on 1 reviews
Two humorous short stories. In A Fairy Tail, Sir Craig desperately tries to rescue his beloved from a fiendish sorcerer, but Boots, a shapechanging unicorn, has other ideas. Out of the Bag features a moment in Jason the cop's day - with surprising results. More
This light-hearted short story duo is sure to make you smile, chortle, and outright laugh. A Fairy Tail follows the desperate adventures of Sir Craig as he works to rescue his beloved from a fiendish sorcerer. However, Boots, a ragged young man who has a habit of shapechanging into various creatures including a unicorn, is a rival for fair Gregoria's hand. Will Craig rescue Gregoria? Will Boots get to eat apples out of Gregoria's hand? Or will darker forces intervene to keep these lovers apart? Out of the Bag is a short short story, but long on imagination. Jason the cop expects a normal day on the force, but a chance encounter on a breaking and entering call changes everything.
Download: epub mobi (Kindle) pdf more Online Reader
rtf lrf pdb txt
Price: Free! USD
Add to Library
Create Widget
Tags: comedy humor short stories police funny lighthearted unicorn lady medieval adventure unicorn adventure unicorn fantasy short story fairty tales knight action knight fantasy collection humor cops humor medieval humor 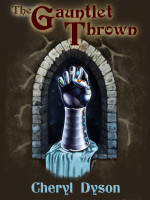 I received a copy of this anthology from the author in return for an unbiased review.

This is a short anthology of two stories, but it is big on character.

A Fairy Tail
5 stars
This was a short tale that jumped straight into the action. A knight watches the Princess he failed to gain the love of in a competition, and becomes harassed once more by the shape changer who hampered his effort to get her. The language was over the top in a hilarious way, full of sarcasm and wit and had me grinning at the unfortunate pair. The plot made me laugh as it went back over the many pitfalls (sometimes literally) that happened during the competition, as well as their haphazard adventure in the present to right what they deemed wrong.
I love the twist, I didn’t see it coming at all .


Out of the Bag
3.5 stars
This was a very short story, almost flash fiction, which while funny left me feeling like I haven’t fully connected before the story finished. It did make me smile however, and I knew something funny was coming which didn’t disappoint.


There is also an excerpt in the book from another book called “The Cats Guide to Human Behaviour”. This read Almost as a short story of its own, telling about the pitfalls of being a Cat when your owner is rude enough to bring another human into your living space! Having seen what was done in the short excerpt, I reckon the book would also be a good laugh.

The 411
This book was a short, one sitting read. It had me grinning and laughing, an easy read for when you don’t have much time—but I wouldn’t recommend reading it while commuting unless you want people to consider you a laughing fool! For me the humour was perfect, it resonated with the kind of people I’d grown up with; slightly crazy, but great to be around!

I give this book a 4.5 stars adjusted to a 4 for reviewing sites

You have subscribed to alerts for Xina Marie Uhl.

You have been added to Xina Marie Uhl's favorite list.

You can also sign-up to receive email notifications whenever Xina Marie Uhl releases a new book.