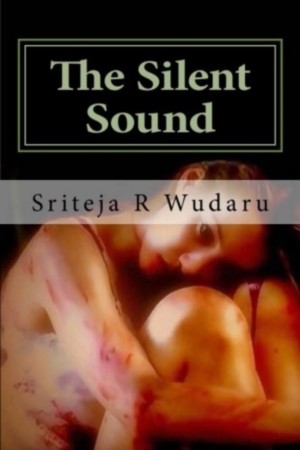 By Sriteja R Wudaru
The New Year in Kallo city brought terror with it. 1.2.3.4.5.As bodies piled up and all the evidence led to a man dead years ago, Kia Hills and Grace Withers has to take the killer off the streets. Kia is troubled by her mother's mysterious death. Grace could not stand blood after finding her husband's body in their living room. How can Kia and Grace outrun the most vicious killer ever seen? More
The New Year in Kallo city brought a gruesome feeling with it. When a killer embarked on a journey to take revenge, dead bodies started piling up. Victims started showing up in bizarre locations. The park. Behind a pub. In a busy alley. In a victim's own house. A barrel in the river. It was clear someone had a reason to kill and a message to give.
Kia Hills grew up with the memories of her mother. Kia was 11. Sitting in the living room, trying to stop, with her little hands, the blood gushing from her mother's neck. That was something no 9 year old should go through. She knew her father had killed her mother even though there was no evidence. Promising herself that she would solve her mother's death one day, and catch her father who had been since absconding, Kia grew to be the youngest head of Kallo city PD Homicide. But now, she had another goal: to take the killer off the streets before more innocents lost their lives.
Grace Withers couldnot stand crime scenes; couldnot hold gun. She was one of the best homicide detectives few years ago. But coming home to find your husband lying in the pool of his own blood, in your own home, is a horror you cannot describe in words. Since then, Grace lived in her past. But her move to Missing Persons Bureau brought her nightmare to life. When she found the corpse of the missing girl she was searching for in the river, she instantly knew she was looking at a serial killer. But she was not yet ready to go down that path again.
Victims were abducted from prime areas. Kept hostage for days. Starved. Cut several times all over the body. Their life was ended with a single slit to the throat. Bodies were disposed at various locations. Same MO. Same Signature. Same Killer.
1… 2… 3… 4… As bodies started to pile up and the 5th victim was abducted, Kia and Grace joined forces to hunt the heartless murderer. But the story took an unexpected turn when one of their own was killed in a horrific way. A twist unfolded defeating all assumptions and ruining all expectations. The killer seemed to be going that extra mile to cover his tracks. He left his prints and even DNA but he was not in the system. He left his murder weapons but they couldnot be tracked back to their owner.

First victim — abducted in her own car and then the body left in a gutter the same night.
Second — killed in her car and posed amidst dumpsters behind a pub she frequented.
Third  — lifted from her summer cabin, after she put up a fight, and left in an alley with face crushed beyond recognition, after eleven days.
Fourth  — killed in her own house; her body found later lying in her own bed, in a new dress, cleaned up, and the slit to the throat closed.
Fifth — locked up alive in a barrel and tossed into the river, to live through her own death.

The quetion was: would Kia and Grace succeed in saving the Sixth, who was kidnapped after her house had been blown to ashes? But they soon found out that the killer was not the one they had expected. All the evidence led to a death occured months ago. All clues led to an innocent face. But behind that face, behind those innocent eyes, lurked the darkest criminal anyone had ever encountered. A brilliant — manipulating — cruel mind. Everyone was awestruck when they realized who the vindictive murderer was……… And Kia and Grace, both, found themselves at the clutches of that vicious mind.
Available ebook formats: epub mobi pdf rtf lrf pdb txt html
First 20% Sample: epub mobi (Kindle) lrf more Online Reader
pdb
Price: $2.99 USD
Buy Add to Library Give as a Gift
How gifting works
Create Widget
Tags: thriller crime suspense mystery forensics thriller suspense investigation mystery suspense mystery detective suspense and thrillers profiling crime and thrillers psychological crime thriller suspense crime
About Sriteja R Wudaru

Sriteja Reddy is a management professional and an author. He has written and published his first novel The Silent Sound in December, 2013. He also writes articles on management, writing and traveling on various media platforms. He reads Kathy Reichs and Camilla Lackberg. He adores Cicilia Ahern and Paulo Coelho too. He is connected with top management professionals, CEOs and Founders on Twitter and LinkedIn.

Author:
Sriteja is a novelist specializing in suspence/thriller genre. He had published his first novel The Silent Sound in December, 2013.

Intro:
As dead bodies start to pile up, it is upto Kia Hills and Grace Withers to catch the killer before he strikes again. With her mother's death still taunting her, Kia had utmost responsibility as the head of homicide. The grief of her husband's loss made Grace weak. Can they both stop the murderer in time?

Coming up:
Sriteja is currently working on his next book, Finding Nour, a story of the hunt for a missing girl Nour Al-Mahdi where the reader is taken on a journey to the deepest corners of child trafficking. The story explores the psychological trauma that children subjected to abuse undergo. Set in a small European town and based on several real stories, the novel entertains with its fictional elements at the same time making the reader think.

Profession:
He achieved his Master of Global Management from University of Antwerp Management School, one of the most prestigious b-schools in the Europe (Financial Times ranked and AACSB Accredited as well) where he achieved his Masters with a distinction and the highest score in the Consulting Project. He now works as Strategist, European Union Corporate Strategy and Market Expansion, for Samarth Diamond. His responsibilities include, but not limited to, drafting and implementing corporate strategy at the EU level. He also oversees all the marketing tactics in the EU and also in the Middle East markets.

Other interests:
Sriteja also blogs about the traveling he does. His job often demands traveling and he has been to Venice, Rome, Milan, Vicenza, Basle, Freiburg, Luxembourg, Dubai and Antwerp where he lives a part of the year, and many more. He also travels for inspiration for his writing. Sriteja is fascinated by two major things about any new place: Culture and Food. He tries to meet new people and talk to them, walk around the towns and cities taking in the aesthetics and experience the cultural aspects of the places he visits. He discusses all of them in his blog The Traveler's Diary.

You have subscribed to Smashwords Alerts new release notifications for Sriteja R Wudaru.

You have been added to Sriteja R Wudaru's favorite list.

You can also sign-up to receive email notifications whenever Sriteja R Wudaru releases a new book.