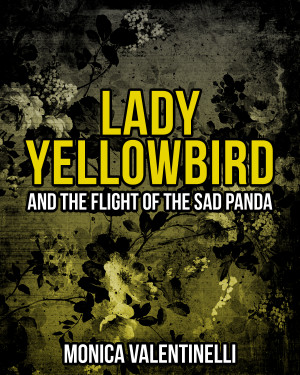 Lady Yellowbird and the Flight of the Sad Panda

By Monica Valentinelli
Rated 5.00/5 based on 1 reviews
In this dystopian science fiction story, one retired schoolteacher refuses to accept her fate. Not only has the city of New Chicago sequestered its aging population into a dingy sector called "The Gray," its young mayor has also enforced strict rules to keep its senior citizens contained.

Find out what happens when Rose Freedman stands up against the oppressive mayor to fight for her freedom.

Monica Valentinelli is a writer, artist, and game developer who lurks in the dark. She writes both original and media tie-in fiction and works on games and comics, too.

A frequent guest at conventions, Monica is best known for creating the Make Art Not War 2017 Challenge, and her work related to the Firefly TV show by Joss Whedon. She was the lead writer and developer for the award-winning line of Firefly RPG books, and also wrote the Firefly: The Gorramn Shiniest Language Guide and Dictionary in the ‘Verse which was released from Titan Publishing in April 2016.

Her published stories and games also include “Tomorrow’s Precious Lambs” for Extreme Zombies, “The Dig” for the Lovecraft Zine, Dread Names, Red List for Vampire: the Masquerade, and “In Volo’s Wake” for Dungeons & Dragons Fifth Edition. Last year, Monica successfully ran a Kickstarter for her co-edited anthology titled Upside Down: Inverted Tropes in Storytelling from Apex Book Company. The collection, which earned a Publisher’s Weekly starred review, was released in December 2016. Her debut comic Last Man Zombie Standing was published in 2013 as part of the Unfashioned Creatures: A Frankenstein Anthology from Red Stylo Media. You can discover more of the author’s creative fiction through her list of published stories or her list of published games.

Monica’s non-fiction repertoire spans both digital and print works and includes online articles, worldbuilding games, reference materials, and essays. She has written for sites including HowtoWriteShop.com, Sony’s Crackle.com, SFWA.org, GeeksDreamGirl.com, and BookLifeNow.com. Her essays have appeared in books such as Family Games: The 100 Best, The Bones: Us and Our Dice, and For Exposure: The Life and Times of a Small Press Publisher.

Monica holds a B.A. in English with a Creative Writing Emphasis from the University of Wisconsin-Madison. She lives with two very spoiled cats nicknamed Lord Lardbottom and Captain Whinypants, an albino water frog named Al, and her long-time partner. In addition to writing and editing, she enjoys traveling, designing jewelry, cooking, taking photos, gaming, watching anime and martial arts movies, exploring old places, and hiking. She is represented by Jennie Goloboy from Red Sofa Literary.

For more about Monica, visit her website at http://www.booksofm.com. 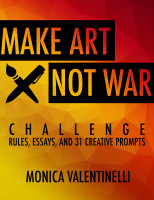 This ebook is such a treat in that it is a departure from the typical formulaic story structure. The characters are interesting, the plot gripping, and the premise original and fresh.

A well-told story that truly entertains! I'm looking forward to more works from this author!

You have subscribed to alerts for Monica Valentinelli.

You have been added to Monica Valentinelli's favorite list.

You can also sign-up to receive email notifications whenever Monica Valentinelli releases a new book.