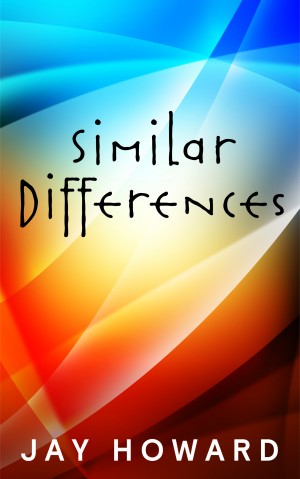 By Jay Howard
Rated 4.67/5 based on 3 reviews
Welcome to my second collection of short stories. Here you will meet children playing dressing up, a single mother meeting the father of her son, a Canadian who has unexpectedly inherited a large English house and farm, a concert pianist who must decide if it is time to stay home a little more, and others whose lives have come to decision points. More
Welcome to my second collection of short stories. Why have I called it Similar Differences? Because… well, we’re all similar, and we’re all different. As they say, we are all unique, just like everyone else. Our base personalities are moulded and refined by our circumstances and the people we meet, leading to very different life journeys. With every decision we make the path forks anew.

Here you will meet children playing dressing up, a single mother meeting the father of her son, a Canadian who has unexpectedly inherited a large English house and farm, a concert pianist who must decide if it is time to stay home a little more, and others whose lives have come to decision points.
Download: epub mobi (Kindle) pdf more Online Reader
rtf lrf pdb txt
Price: Free! USD
Add to Library
Create Widget
Tags: love relationships parent adult child relationship relationships easy reads short story
About Jay Howard

Jay currently lives in Somerset, which she considers to be a gem among English counties. She has lived and worked in many places in England, Wales, Alberta and British Columbia. She describes writing as ‘enormously enjoyable and satisfying, but second only to golf in the level of frustration that must be endured to achieve the desired goal’.

Short story collections:
As The Sun Goes Down
Similar Differences 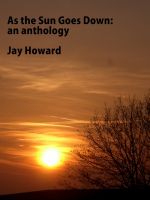 This collection of anecdotes, vignettes, or skits, usually begin with the heroine at a tipping point. What pushed her to this crisis? The explanation comes, sometimes narrated through her thoughts or a conversation. She must choose to step beyond the point of no return. To remain is to stagnate or suffer misery. To step out is to risk all on the promise of fulfillment.

Without exception, each short story involves layers of meaning, where we see similarities and differences between characters.


1. For Better, For Worse.
Louise must decide whether to stay a servant to her husband and grown children or declare her independence. Emotionally she is wounded, and she reveals the back story through her mental lamentation. Her reasoning seems valid, but we need proof of what she's gone through. Here we have the wounded as the result of an offstage battle. We need the action of enough scenes to show us the story.

Howard's writing is so good that I feel this story is an experiment in minimalism. But does it engage the reader? Not this one. Too much “woe is me.” While thought is desirable, it lacks the balance of action that initiates the thought. Without balance, the read becomes tedious.

2. Maman
Here is my favorite, a deceptively simple story, sweet and elegantly told. An artist finds meaning and love in a subject that has always terrified another woman. It is the other woman who feels compelled to face her phobia and embrace a new life. The story is well organized, and the description is luscious. That and the action bring us into the mood.

3. The Inheritance
This is more a vignette than a story. A granddaughter is staggered to learn she inherited a vast estate. She feels so unlikely a recipient that she delves into the whys of it and what the future can bring.

4. Popping the Cherry
Howard tells us an amusing anecdote about what happens when two young children play dress-up and how their game differs from the game their parents play. It is lovingly told as we see the children at play.

5. Moon River
A mother, single for seven years, must take a chance on reviving an old dream that had ended in betrayal. The same characteristics she loves in her little son are the same she sees in her returned husband. Can she risk forgiving him and accepting the bright future he promises?

7. The Scent of Autumn
We see a contrast of religion and science, and we look at the survival of the fittest relationships.

8. Tomorrow is Another Life
To save her unborn baby from abortion, Daphne runs away from her unfaithful husband after guaranteeing her safety. How she does it is impressively narrated. Over the years she rejoices that her daughter is one female he can never use.

9. Decimal Point
Martha risks investing in a dream with money mistakenly sent to her account. We get a detailed list of what could be called info dump in this story, but I found it interesting and compelling.

The stories are uneven. Some are barely developed—which makes it hard to care—while others have greater depth, enabling us to identify more easily with the heroine. Through it all, we see an example of fine writing.

Entertaining, well paced with strong narration. Each of these similar but different tales has the above in common as well as a decided female point of view.
My favorite was Popping the Cherry - a funny look at the taboos hidden in any married couple’s bedroom. Howard’s prowess at comedic description shines. Always teetering at the edge of salaciousness but never falling into the abyss. A skill that requires an artful hand and a twist of the absurdity of everyday living. Well done Madame.

(reviewed the day of purchase)
Alexes Razevich reviewed on May 31, 2014

In the nine stories contained in Similar Differences, Jay Howard explores the lives of nine women faced with tipping points in their lives. The decisions they make, and the how and why they make them, drive the tension in each tale. These are women we know—mothers, wives, the woman on the bus—but whose secret hearts have been kept hidden. Even under a calm demeanor, these characters seethe. They burn with resentment, with anger, with fear, with love.

In any collection, the reader will have favorites. I was especially fond of “For Better, For Worse,” in which a woman sitting on a park bench comes to grips with her life and decides to change it, and “Maman,” a story of overcoming fear and being mother to our own lives. I wished “The Inheritance” was expanded to a full novel. That’s the way these stories are: they pull you in deeply with just a few pages and the reader wants the story to go on and on. Highly recommended.

You have subscribed to Smashwords Alerts new release notifications for Jay Howard.

You have been added to Jay Howard's favorite list.

You can also sign-up to receive email notifications whenever Jay Howard releases a new book.