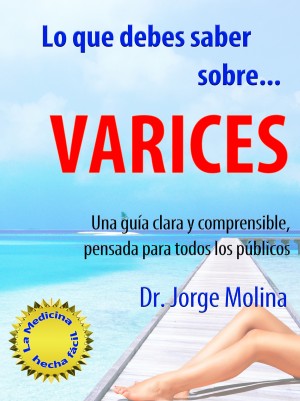 Jorge Molina was born in Castellón (1973) and grown up in Valencia (Spain).

Jorge graduated in Medicine and Surgery at University of Valencia (1997), did his residency specializing in Angiology and Vascular Surgery at the Hospital del Mar in Barcelona (2004) and Master in Aesthetic Medicine at University of Valencia (2009). He spent additional training periods in Mainz (Germany), Luxembourg, University of Virginia and Massachusetts General Hospital in Boston (USA). He has developed his career as Consultant in both the public and private sectors in Castellón and Valencia until 2013. Then he was recruited to build Vascular Surgery Departments in two different hospitals in Abu Dhabi (United Arab Emirates), both in private and public sector, until he returned back to Valencia in 2017, where he resides now.

Linked in one way or another to teaching since the college years, he has taught, lectured and conducted courses about different subjects to all kind of audiences. From 2014 he has decided to center this teaching vocation by editing a collection of books focused on the dissemination of medical knowledge to the general public, under the brand "Medicine Made Easy".

He has also recently joined the literary field and published his first (crime) novel, "La navaja de Ockham" in 2018.

You have subscribed to alerts for Jorge Molina.

You have been added to Jorge Molina's favorite list.

You can also sign-up to receive email notifications whenever Jorge Molina releases a new book.