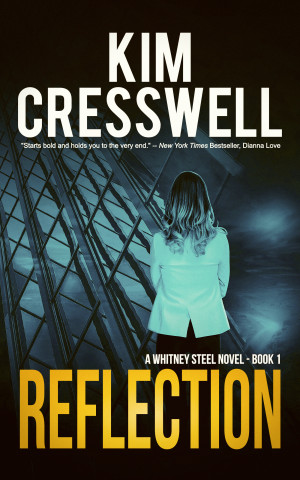 By Kim Cresswell
An illegal human cloning project. An innocent child hidden from the world. An investigative reporter determined to expose the truth. More
A romantic thriller fueled with heart-pounding suspense and high-octane action in the tradition of Karin Slaughter, Lisa Gardner, and Michael Connelly.

After receiving a lead pointing to the world's first cloned human, now a small child,Whitney Steel vows to unravel the truth. However, sifting through the facts proves to have dangerous results, including death threats and murder.
When she's nearly killed, but is saved by undercover FBI Special Agent Blake Neely, he refuses to let her get in the way of his own objective--at least not right away.
Caught in a lethal game between a billionaire obsessed with genetic perfection, his hit man's thirst for retribution, and a Colombian drug lord fresh out of prison determined to make Blake pay for his twin brother's death over a decade ago...
Can they save an innocent child before it's too late?
Faced with tough choices, with deadly consequences for many--Whitney soon realizes that sometimes a story becomes more than just a story.

Kim Cresswell resides in Ontario, Canada and is the bestselling and award-winning author of the action-packed WHITNEY STEEL series. Kim recently signed a 3-book German translation deal with LUZIFER Verlag for the first three books in the series: Reflection, Retribution and Resurrect. The popular series will be published in German beginning in 2018.

You have subscribed to alerts for Kim Cresswell.

You have been added to Kim Cresswell's favorite list.

You can also sign-up to receive email notifications whenever Kim Cresswell releases a new book.