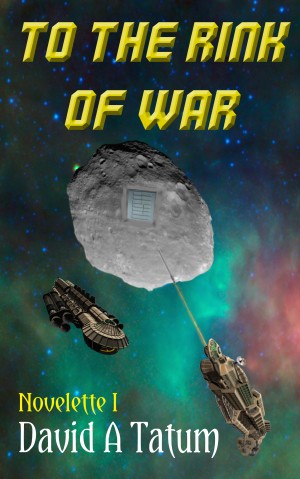 To the Rink of War

Several years later, he and his plans have been largely forgotten. He is making a living running a small warehousing business for the local miners, which introduces him to Anita Condon. All she wants is warehouse space for her uncle's science lab, and a guide through this new world of the Main Belt Asteroids....

The first of an open-ended series of short stories, novelettes, and novellas.

You have subscribed to alerts for David A Tatum.

You have been added to David A Tatum's favorite list.

You can also sign-up to receive email notifications whenever David A Tatum releases a new book.