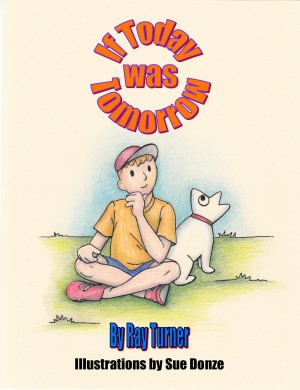 If Today Was Tomorrow

Born in Texas, schooled in Oklahoma, moved to California, met the girl who became my wife,started a family. My lifelong ambition was to write children's books... Wait that's not completely true. The being born, moving and getting married is true enough but I never had any idea that I would write children's books though I always had an appreciation of the kids point of view.

I began telling children's stories when my first two children were very young--that's been a few years ago. But when my third arrived I finally started writing some of them down.

Since then I have done or had done a couple of public readings which received encouraging responses and well, there you go! 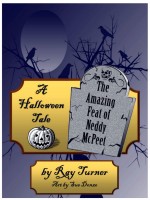 This was adorable! I'm going to read it as a bedtime story to a 2 year old and a 5 year old. They're going to love it! And it'll be right up their alley too. I can see them now answering all of the questions as if it were the most obvious answer ever hahaha!

(review of free book)
WILLIAM TURNER reviewed on on June 4, 2014

Loved it. Took me back to childhood imagination when what if's were more like why not?
Refreshing, made me smile.

Great story and even better illustrations!

You have subscribed to alerts for Ray Turner.

You have been added to Ray Turner's favorite list.

You can also sign-up to receive email notifications whenever Ray Turner releases a new book.