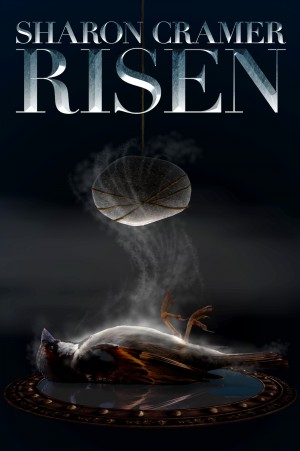 By Sharon Cramer
Rated 4.00/5 based on 1 review
Sequel to The Execution: Second book in the Wintergrave Chronicles
Ravan has a chance at a new life. His first task, journey to save Nicolette from the tyrant, Adorno. But old enemies lurk in the shadows turning his newfound joy into unspeakable terror. Worlds collide in the Ottoman Empire as Ravan tries desperately to save his son. Nicolette is fast on his heels to help in ways that only she can. More
RISEN
Sequel to The Execution ~ Book two of The Wintergrave Chronicles

Ravan has been given a chance at a new life. Unable to live without his beautiful Nicolette, his first task?…journey to save his lover from the tyrant who’s taken her.

The dark mercenary, Ravan, has been given a chance at a new life. Unable to live without his beautiful Nicolette, his first task?…journey to save his lover from the tyrant who’s taken her. Believing it will be a venture against all odds—a death mission—he discovers instead a world of happiness he’d never imagined possible. But old enemies lurk in unforgiving shadows, turning his newfound joy into an unspeakable terror.

Now Ravan must learn to depend on those most loyal to him while embarking on a flight like no other. The Turkish empire is his final destination as he tries desperately to save his son. Little does he know Nicolette is fast on his heels to help in ways that only she can.

Sharon Cramer is an aspiring time-traveler, alien princess, and master painter of Halloween faces. In the meantime, she writes from a dank, dark cave, somewhere in Washington State. She is currently working on a Sci-Fi/fantasy series called THE CERULEAN STAR, and has a breakthrough, medieval paranormal novel series—The Wintergrave Chronicles—beloved by an amazingly loyal following.

When not painting monsters and planning historical ruin and perfectly crushed hearts, Sharon can be found wandering the woods of Eastern Washington, talking to herself. Driven by sleeplessness and a seemingly endless draw to the keyboard (and the occasional extra strong coffee) she is inspired by unorthodox friends and extreme weather. Mother to three sons, a good horse, and an assortment of fish (most of which have names), she is married to a man who surely has won the Nobel Prize for Extreme Tolerance.

About the Series: The Wintergrave Chronicles

The towering series is complete!

The WINTERGRAVE CHRONICLES showcases all three novels—The Execution, Risen, and Niveus. Follow your favorite characters through this epic saga about love, hate, revenge, and redemption.

Parallel lives are fated to collide in this medieval, paranormal romance, set in fourteenth century Europe. When a young priest enters the prison cell of a condemned mercenary, he is shocked to see the face of this murderer is his own—a mirror image of himself. Unknown to each other until now, the twins form a bond of brotherhood, sealed with their darkest secrets.

This begins the three-book series and follows a life-spanning tale, twisted with the triumphs and heartaches of the two brothers and those they come to love.

Also in Series: The Wintergrave Chronicles

Reviews of Risen by Sharon Cramer

While not as first rate as The Execution, Risen is a good read. There were too many flashbacks, I suppose to make it a stand alone book, but a tad boring for someone who finished the first in the series the day before. I realize it was to add more information, but... Redundancy is not my thing. If you just finished the first of the series, wait a while before you read this one. Still a good story.

You have subscribed to alerts for Sharon Cramer.

You have been added to Sharon Cramer's favorite list.

You can also sign-up to receive email notifications whenever Sharon Cramer releases a new book.