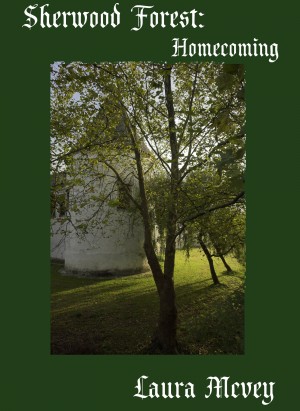 By Laura McVey
Rated 5.00/5 based on 1 reviews
When Robin of Locksley returned to England after fighting in the Crusades, he expected a quiet homecoming. He did not expect to find his home burned and his family kidnapped by the Sheriff of Nottingham- but now that he has, he must battle to save his people from the treacherous Sheriff.
Download: epub mobi (Kindle) pdf more Online Reader
rtf lrf pdb txt
Price: Free! USD
Add to Library
Create Widget
Tags: middle ages robin hood sherwood forest maid marian will scarlett
About Laura McVey

Laura McVey is a university graduate with a minor in history, though neither of these things seem to have done her any good yet. She writes stories about heroes and kissing. 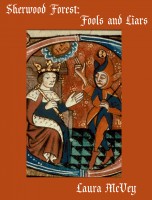 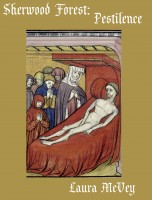 "Homecoming" is the first story in the Sherwood Forest series, which retells the Robin Hood legend in a way that's less merry Disney foxes, more thoughtful examination of the sociopolitical dynamics underlying the original stories. I have to admit that the Robin Hood I am most familiar with is the super cheesy BBC TV series from a few years ago (and it was often no picnic, y'all), so I'm really enjoying getting to delve into a new version of this tale.

The first story begins with Robin's return to England after fighting in the Crusades, where he finds a very different Nottingham than the one he left--a village that not only desperately needs a hero to protect them from the Sheriff, but is vaguely resentful that Robin left them to fall into such destitution in the first place. Robin doesn't take on the role of hero easily; he's haunted and shaken by fresh memories of war:

Home. Where was home, now? Nowhere he recognized.

But perhaps that wasn’t the problem. Perhaps he’d been gone so long, and fighting so hard that the Crusade had melted him down and forged him into something new- a valuable tool for God’s war, but entirely unusable for anything else.

The story introduces a number of really compelling characters. My favorites so far are Marian -- Robin's wife, held captive in the Sheriff's castle, fiercely pragmatic and good at hiding her fury at the way Nottingham has fallen to pieces -- and Shaima, a young woman brought back from Jaffa by Robin and rightfully upset over being dragged into a new world that seems to have no place for her. (I gotta say that the dynamic between Shaima and Will Scarlet stands out; friends, I ship it already.)

Fans of Robin Hood tales, medieval settings, and/or compelling ensembles of characters will really enjoy this read. I love serialized storytelling and the way it lets us get to know the characters in such a substantial, long-lasting way; I'm really excited to get to know the Sherwood Forest characters better in the following installments! A fantastic beginning.

You have subscribed to alerts for Laura McVey.

You have been added to Laura McVey's favorite list.

You can also sign-up to receive email notifications whenever Laura McVey releases a new book.