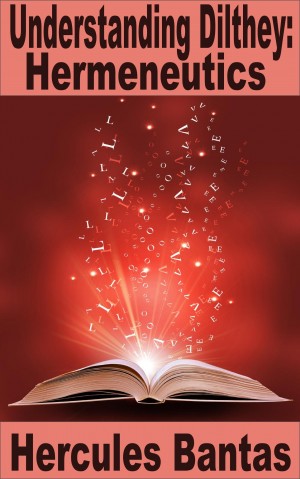 By Hercules Bantas
This guide explains Dilthey's theory of hermeneutics in simple, easy to understand language. It covers all the important concepts including the distinction between the natural and human sciences, Dilthey's historical epistemology, and his concepts of interest and 'exegesis'.

Dr Hercules Bantas has been teaching and reading the human sciences for over a decade. It is his opinion that he is too often immersed in some weighty tome or other, the author of which always uses one thousand words where one hundred words would suffice. It was while juggling no less than three weighty tomes by the same author and trying to understand what the fellow was trying to say that the idea of The Reluctant Geek Guides was born. He is well aware that publishing clearly written and unambiguous guides to important ideas in the human sciences is frowned upon in some circles, but he's going to do it anyway. Despite his well documented grumpiness, Hercules claims to like people and can be contacted by email at reluctantgeek[at]tpg.com.au.

You have subscribed to alerts for Hercules Bantas.

You have been added to Hercules Bantas's favorite list.

You can also sign-up to receive email notifications whenever Hercules Bantas releases a new book.