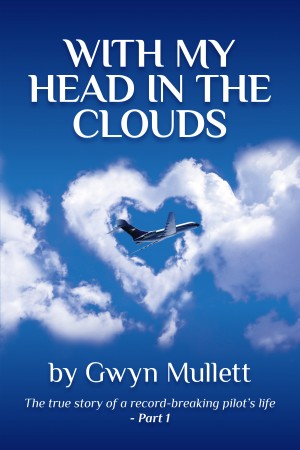 With my head in the clouds – part 1

My name is Gwyn Mullett and I was born on 27th January 1946 in Montreal, Canada. We moved to Bristol, England in 1949. In 1953 we then moved again to the town of Wokingham being about 30 miles to the west of the new London airport named Heathrow. It was here that I grew up until I had completed my education and, in 1964, had qualified to go to the College of Air Training on the south coast at Hamble, near to Southampton.

I graduated in the summer of 1966 and joined BOAC in the August. I started my airline life flying the superb Vickers VC-10. On May 5th 1967 my lovely mother died and left a big void in my life. In 1968 I qualified As a Flight Navigator and ended up both flying and navigating up to 1971 when I converted onto the new 747 that had just been delivered from Mr. Boeing. In late 1971 B.O.A.C. and B.E.A. combined their talents to form British Airways or BA for short. In 1976 I went back to the VC-10 and completed a command course that year and became the youngest Captain since 1949 in the airline. In 1981 I converted to the 737 and discovered Europe, and in particular Berlin. I stayed until 1992 when I then converted onto the newer 747 model and remained there until my retirement on 27th. January 2001.

This is my story of my life up to the point when I retired from flying with British Airways and its predecessor BOAC.

You have subscribed to alerts for Gwyn Mullett.

You have been added to Gwyn Mullett's favorite list.

You can also sign-up to receive email notifications whenever Gwyn Mullett releases a new book.