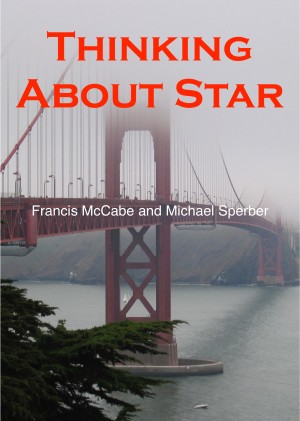 The booklet highlights some of the key features of the language and gives extended examples including showing how a semi-conductor factory can be scheduled using Star.

It is intended to showcase some of the features of the language but it is not a full introduction to programming in Star.
Download: epub
Price: Free! USD
Add to Library
Create Widget
Tags: functional programming programming language
About Francis McCabe

Frank McCabe is a Senior Architect at Instart Logic Inc. Educated in England at Manchester University and Imperial College he has been involved in many research areas, in Europe, Japan and in the US.

In the 1980's he co-founded a small startup LPA that developed logic programming solutions for many thousands of customers.

During the 1990's he was active in the European scene for multi-agent systems. He participated in several European research projects.

In the 2000's, he was active in Standard Settings Organizations (including W3C) focussing on areas such as the architecture of Service Ecosystems, Inter-agent communication, Java interfaces, Web services and Business Process Modeling Language.

Recently he has been working on a new programming language – called Star – that aims to combine modern concepts from functional programming, best practices for software engineering and to permit straightforward extensibility. Star is a multi-paradigm language that can equally well tackle intensive real-time calculations and complex AI planning tasks such as scheduling the flow of material through a factory. 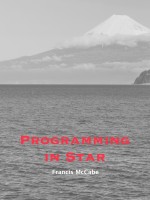 It is good to see functional languages in use for major industrial projects. From this book, it appears that Star is so used.

The book itself tries to cover a lot of ground, beginning with the merits of functional languages and continuing as far as concurrency, speech acts, and applications of advanced algebra and logic.

A reader should understand that this book is not intended as an introduction to functional languages and programming. Anyone seeking such an introduction would probably do better to study a more mature general purpose language such as Haskell.

You have subscribed to alerts for Francis McCabe.

You have been added to Francis McCabe's favorite list.

You can also sign-up to receive email notifications whenever Francis McCabe releases a new book.