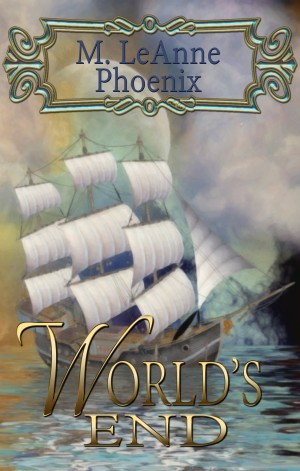 M. LeAnne Phoenix would tell you that the worst time of her life was the two years that she attempted to take off from writing. If you asked her to explain exactly why she did such a thing, you would most likely get the mad attempt to arch an eyebrow like her dad and then a shake of the head as she told you it was unlucky to speak of such things. Suffice it to say, it will never happen again!

Born and raised in Fort Worth, Texas in the mid-1970's, Ms. Phoenix was young and wild (and even free!) during the crazy wondrous decade known as the 1980's and the even crazier but now grungy decade of the 1990's. Music is second only to the muses that live and breathe to fill her mind with beautiful men, and music always helps them to tell their stories. She is never without her iPod or her computer no matter where she goes, although, she does like to hike and take pictures of the sky and the moon, and even the occasional shot of the sun through the branches of a tree.

An avid cat lover, Ms. Phoenix has been owned by many throughout her life, though her current owner is one Lily-Rose, who really would like for her to step away from the keyboard and pay her some attention! After all, hasn't she earned it?

You have subscribed to alerts for M. LeAnne Phoenix.

You have been added to M. LeAnne Phoenix's favorite list.

You can also sign-up to receive email notifications whenever M. LeAnne Phoenix releases a new book.