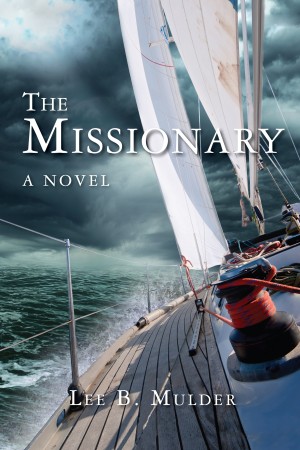 The Missionary: A Novel

The Missionary is the tale of two men who find themselves seeking significance in faith. Both are successful in the world of business but both feel there must be something more to life. Jack Malone is pushed down his path to significance with the death of his beloved wife who urges him to “follow his dream.” It was their dream, really, to live aboard a sailboat and cruise the Caribbean, but life and work and family always pushed the dream into the future. On her death bed, Anna told Jack to go, to follow their dream but he didn’t feel that would be worthwhile until a scholarly pastor suggested he could do that and also spread the word of God as a missionary for Christ. Reluctant and skeptical at first, Jack Malone soon found himself shopping for the perfect boat.

Muhammad Zakair Sheikh is led down the path following the death of his father who urges him, begs him with his last breath to become a slave to the Prophet. He is skeptical when Professor al Khalili from El Alazar University shows up at his door. But over time, Zeke the Sheikh adopts the one true faith and is anointed by one of its most respected leaders to become a Mullah. In time, he is trusted with carrying out one of the boldest plans for Islamic expansion ever devised, the take over of one of the United States to establish the first Islamic State of America as its own nation. Sheikh will put his billion dollar empire on the line in order to be the man who pushes the buttons that will bring The Great Satan America to its knees before the Prophet Muhammad.

The two paths intersect at a tiny island in the Caribbean where The Missionary discovers The Mullah using gangster tactics to control the local population.

One of these men becomes an ambassador for Jesus Christ. The other becomes an influential follower of Islam. Neither finds his path is easy. And only one will survive.

This story is global. It is frightening. And it is all too possible.

This book has been called too worldly for Christian fiction and too Christian for general consumption. In reality it includes real-world language and situations while telling an inspirational story.

There are two things that drive this author. He needs to be in motion - traveling, moving, progressing. And he needs to feel productive. That last bit is the motivation for his wide variety of writing. Lee B. Mulder graduated with a Journalism degree from the University of Wisconsin at Madison at a time when the school was the epicenter for anti-Vietnam war protests. Reporting there led to a short newspaper career, then as a magazine staffer, then as a promotion writer, ad agency and public relations writer. Along the way he wrote columns for newspapers, stories for small magazines and novels. His first book "Toddler Tales: An Older Dad Survives the Raising of Small Children in Modern America" was published in 2006. A non-fiction book "They Call Me Mzee: One Man's Safari into Brightest Africa" was published in 2011 along with his novel, "The Missionary." As a ePub author, Mulder will release in 2014 a volume of poetry, several short stories with collections and maybe a novel. Raised in Chicago, Mulder now lives near a strong wifi connection. 2014 will be a breakthrough year for this author as he finally gets on Twitter. He loves to hear from his fans: email is leechicago54@comcast.net

You have subscribed to alerts for Lee B. Mulder.

You have been added to Lee B. Mulder's favorite list.

You can also sign-up to receive email notifications whenever Lee B. Mulder releases a new book.